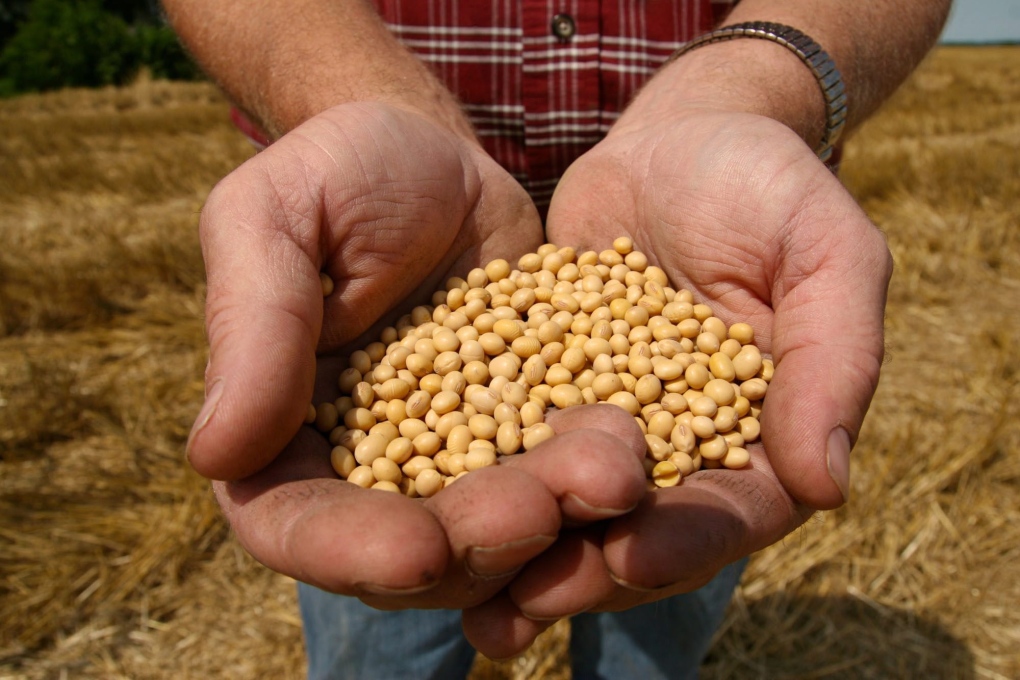 WASHINGTON -- The Supreme Court said Monday that an Indiana farmer violated Monsanto Co.'s patents on soybean seeds that are resistant to its weed-killer by growing additional crops without buying new beans.

The justices unanimously rejected the farmer's argument that cheap soybeans he bought from a grain elevator are not covered by the Monsanto patents, even though most of them also were genetically modified to resist the company's Roundup herbicide.

While Monsanto won this case, the court refused to make a sweeping decision that would cover other self-replicating technologies like DNA molecules and nanotechnologies, leaving that for another day. Businesses and researchers had been closely watching this case in hopes of getting guidance on patents, but Justice Elena Kagan said the court's holding Monday only "addresses the situation before us."

In a statement, Monsanto officials said they were pleased with the court's ruling.

"The court's ruling today ensures that longstanding principles of patent law apply to breakthrough 21st century technologies that are central to meeting the growing demands of our planet and its people," said David F. Snively, Monsanto's top lawyer "The ruling also provides assurance to all inventors throughout the public and private sectors that they can and should continue to invest in innovation that feeds people, improves lives, creates jobs, and allows America to keep its competitive edge."

In the case decided by the court, farmer Vernon Hugh Bowman bought expensive, patented Monsanto's "Roundup Ready" seeds for his main crop of soybeans, but decided to look for something cheaper for a risky, late-season soybean planting. He went to a grain elevator that held soybeans it typically sells for feed, milling and other uses, but not as seed.

Bowman reasoned that most of those soybeans also would be resistant to weed killers, as they initially came from herbicide-resistant seeds too. He was right, and he bought soybeans from the grain elevator and planted them over eight years. In 2007, Monsanto sued and won an $84,456 judgment.

Monsanto has a policy to protect its investment in seed development that prohibits farmers from saving or reusing the seeds once the crop is grown. Farmers must buy new seeds every year. More than 90 per cent of American soybean farms use Monsanto's seeds, which first came on the market in 1996.

Bowman's lawyers argued that Monsanto's patent rights stopped with the sale of the first crop of beans instead of extending to each new crop soybean farmers grow that has the gene modification that allows it to withstand the application of weed-killer.

But Kagan disagreed. "Bowman planted Monsanto's patented soybeans solely to make and market replicas of them, thus depriving the company of the reward patent law provides for the sale of each article," she said. "Patent exhaustion provides no haven for such conduct."

Bowman also said he should not be liable, in part, because soybeans naturally sprout when planted.

Kagan said the court also did not buy that argument. "We think the blame-the-bean defence tough to credit," she said.

Calls to Bowman by The Associated Press were unanswered.