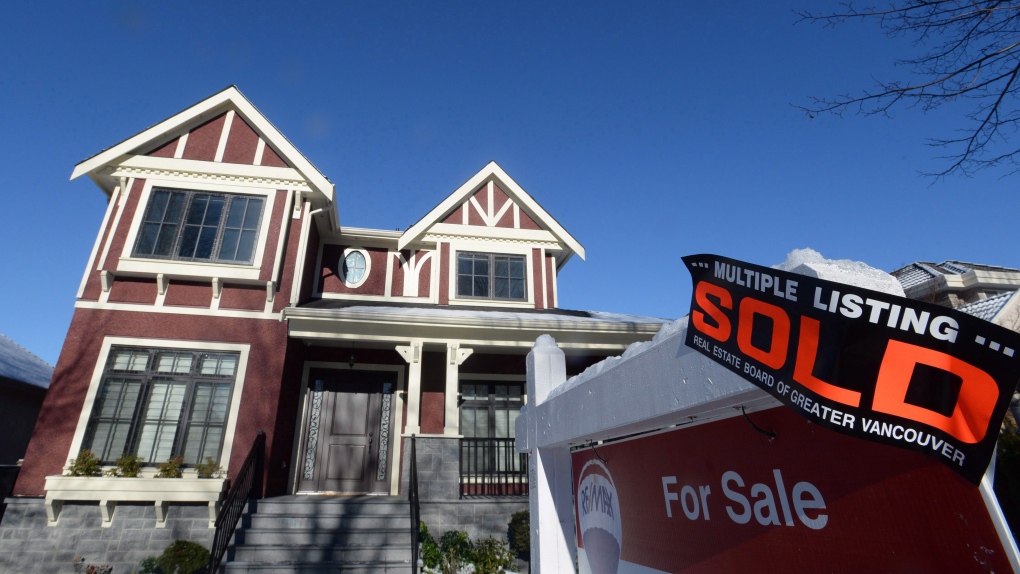 A real estate sold sign is shown outside a house in Vancouver on Tuesday, Jan.3, 2017. (Jonathan Hayward / THE CANADIAN PRESS)

VANCOUVER - The Real Estate Board of Greater Vancouver says prices for detached homes, townhouses and condos have fallen for two consecutive months in Metro Vancouver.

REBGV president Phil Moore says in a statement that current buyers have more listings to choose from and face less competition in the area than in recent years.