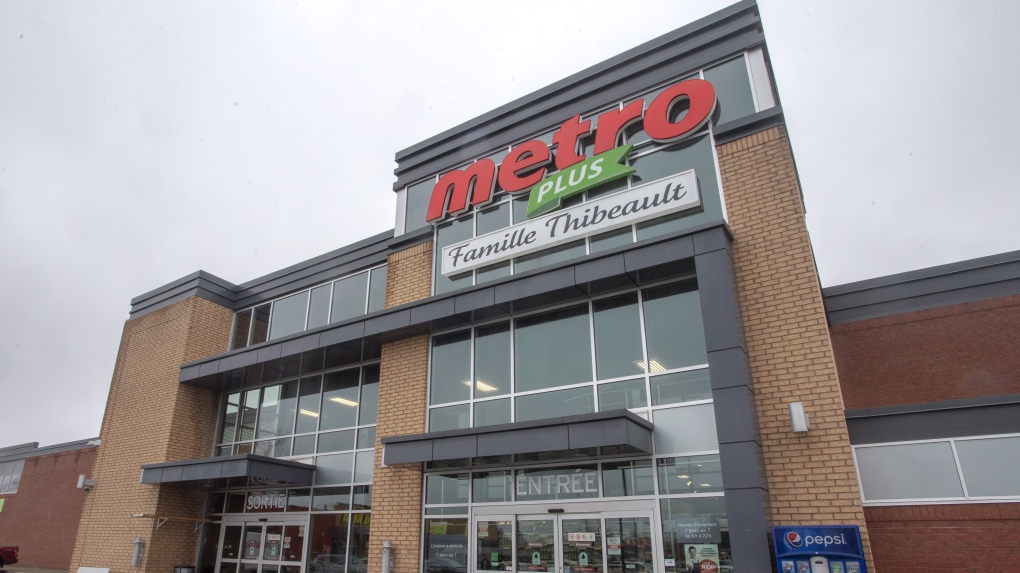 A Metro store is seen on April 15, 2019 in Ste-Therese, Que., north of Montreal. THE CANADIAN PRESS/Ryan Remiorz

Workers at Metro Inc. are putting in overtime to keep stores open as the company grapples with an ongoing labour crunch, the Montreal-based grocery and drugstore retailer said Wednesday.

"There's a lot of open positions out there and there's not enough workers to fill them," Metro president and CEO Eric La Fleche said during a call to discuss the company's third-quarter results.

Canada's labour market remains exceptionally tight, with more than one million job vacancies across the country amid historic low unemployment rates, according to Statistics Canada.

"Labour shortages are causing pressures ... because that increases overtime to supply our stores," La Fleche said. "We have higher overtime percentages than we're used to."

He added that Metro currently has "more open positions" than usual but declined to provide an exact number of vacancies across the company's warehouses and stores, which include conventional supermarkets like Metro and Metro Plus, discount grocery chains Super C in Quebec and Food Basics in Ontario as well as drugstores Jean Coutu and Brunet.

La Fleche's comments came as the retailer reported a third-quarter profit of $275 million, up from $252.4 million a year earlier, as sales gained 2.5 per cent.

The grocer warned that ongoing inflationary pressures and labour shortages could begin to weigh on margins.

For now, strong margins in the company's pharmacy division made up for a decline in food gross margin, he said.

"We had very strong front-store sales in our pharmacy business at Jean Coutu and Brunet in the quarter," La Fleche said. "Over-the-counter cough and cold products are flying."

"We saw the shift from conventional to discount (stores) accelerate when compared to the previous quarter," La Fleche said.

"We also saw a shift to private labels (and) trading down on proteins ... there's a shift for sure to value."

Metro also said it expects same-store food sales to grow at a higher rate than in recent quarters and for growth in prescriptions on the pharmacy side of the business to moderate.

This report by The Canadian Press was first published Aug. 10, 2022.