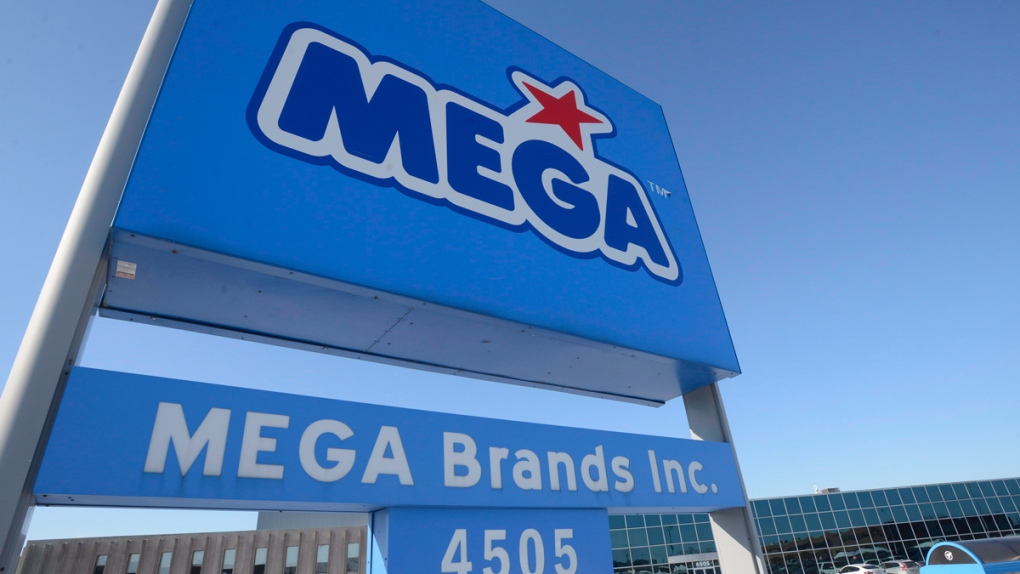 The sign for Mega Brands is shown at the company's offices in Montreal on Friday Feb. 28, 2014. (THE CANADIAN PRESS / Ryan Remiorz)

A total of 99.96 per cent of Mega Brands (TSX:MB) shareholders who voted endorsed the deal Wednesday, well in excess of the two-thirds requirement.

Chief executive Marc Bertrand said it was a bittersweet day for the Bertrand family, which founded the company in Montreal nearly 50 years ago.

"It's our baby. It's been great but we think this is a great day for Mega," he said after the vote.

"We think the Mega Bloks brand is going to flourish with Mattel and its brands internationally."

Mattel, the world's largest toy maker (Nasdaq:MAT), will pay C$17.75 cash per share and 39 cents per warrant, which represents a total enterprise value of US$460 million, including net debt.

The transaction announced Feb. 28 had the support of shareholders with 39 per cent of Mega Brands stock, including the Bertrand family and Fairfax Financial (TSX:FFH), which invested in the company as it struggled to survive disastrous recalls of one of its magnetic toys after the death of a child and injuries to dozens more who swallowed tiny magnets that popped out from their plastic casings.

Quebec Superior Court is expected to approve the takeover Friday, leading to a change in ownership on April 30 and a delisting of Mega Brands stock from the Toronto Stock Exchange. U.S. regulatory approval has already been received.

The Bertrand family will receive more than $74 million through the takeover. Chairman Victor Bertrand, who started the company in 1967, will receive $41 million for his 2.3 million shares. Sons Marc Bertrand and Vic Bertrand Jr., the chief innovation officer, will collect $18.4 million and $14.9 million respectively.

Mattel is expected to extend its many licences to Mega Bloks construction and Rose Art arts and crafts products, two of the fastest growing toy segments. Mega's pre-school construction portfolio is the largest in the world, but Lego dominates the overall segment, which includes many movie licences geared to children over five years old.

Bertrand expects other opportunities will develop over the coming months and but are unlikely to show up on store shelves before the busy Christmas sales period.

Although it has no written agreement, Mattel has promised to maintain Mega's Montreal manufacturing facilities. Bertrand said he expects Mattel will develop that facility, which has in the past expanded with the financial help of the Quebec and Canadian governments. The Quebec government approved in February a grant of up to $18 million from its investment agency to help the firm purchase equipment and transfer production to Montreal from China.

Bertrand said discussions with governments about future expansion are ongoing. He added there a no immediate plans to cut the 1,700 Mega employees who work in Montreal and other operations around the world.

"Right now, it's business as usual," he said, adding that the Bertrand brothers will remain as consultants to Mattel for a year.

"After that, we'll see how things are going and we'll see what opportunities are available," he said, adding that the company and family will continue charitable work focused on children.