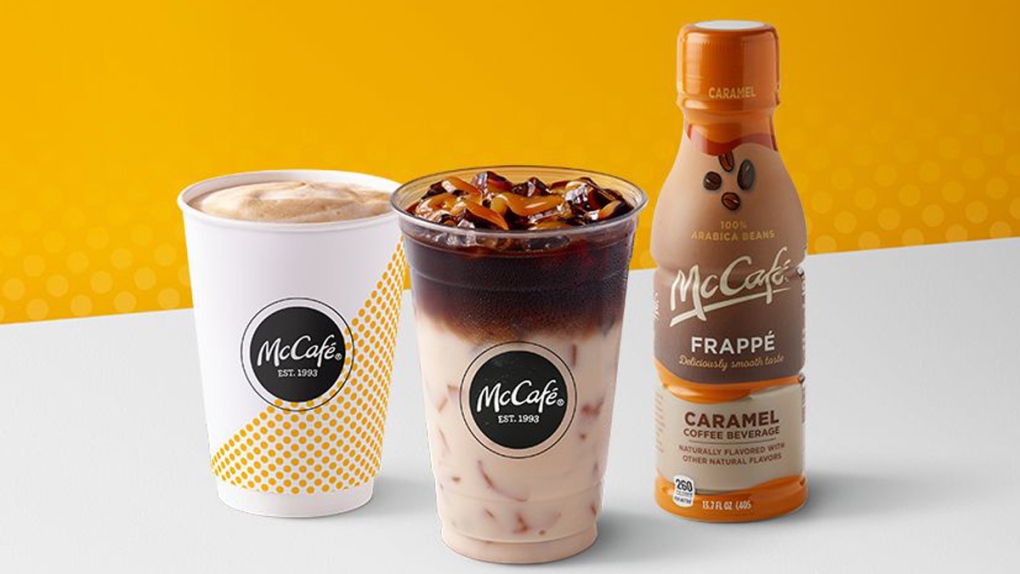 NEW YORK -- McDonald's said Wednesday that it will sell bottled McCafe drinks at supermarkets and other stores early next year, following in the footsteps of coffee rivals Starbucks and Dunkin' Donuts.

The fast-food giant said it signed a deal with Coca-Cola Co. that will bring three flavours of its McCafe Frappe drinks to stores. Dunkin' Donuts signed a similar deal with Coca-Cola in 2016. And Starbucks has sold bottled Frappuccinos with soda maker PepsiCo for years.

McCafe already has a presence in grocery stores: its ground and whole coffee beans are sold there.

McDonald's Corp. also said Wednesday that it plans to remodel McCafes in its restaurants next year and is rolling out new espresso drinks, such as cappuccino and caramel macchiato.