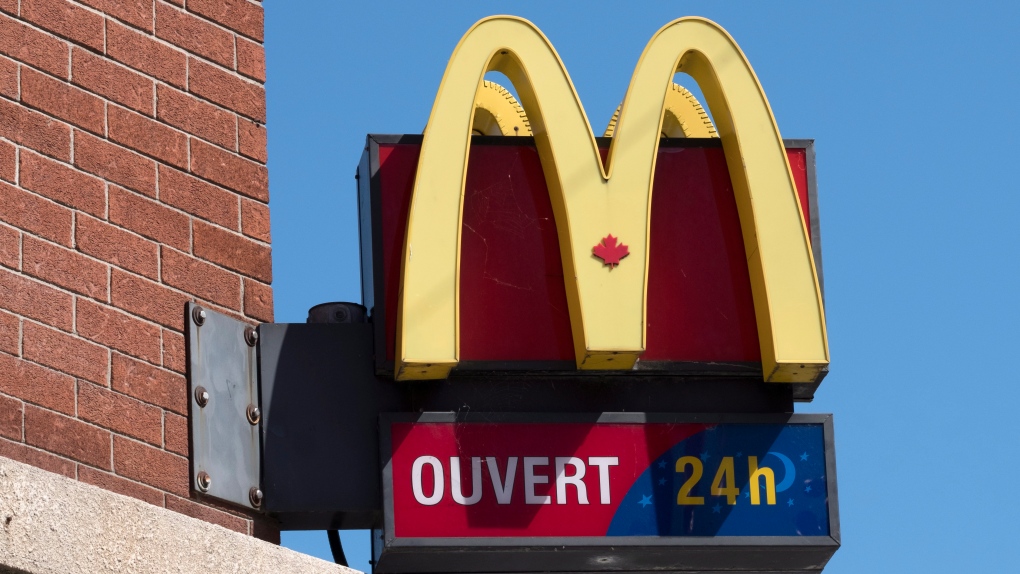 A McDonald's restaurant sign is seen in Montreal on Tuesday, May 31, 2016. (Paul Chiasson / THE CANADIAN PRESS)

TORONTO -- McDonald's Canada says it will return to sourcing only Canadian beef in September after having to import beef temporarily due to COVID-19.

The fast-food chain said in late April it would import beef from pre-approved suppliers and facilities outside the country due to limited processing capacity at Canadian suppliers.

The news came after an outbreak forced the temporary shutdown of a Cargill processing plant near High River, Alta.

McDonald's says more than 80 per cent of its beef supply continued to come from Canadian sources on average during this time.

It primarily comes from ranches and farms in Alberta and Saskatchewan.