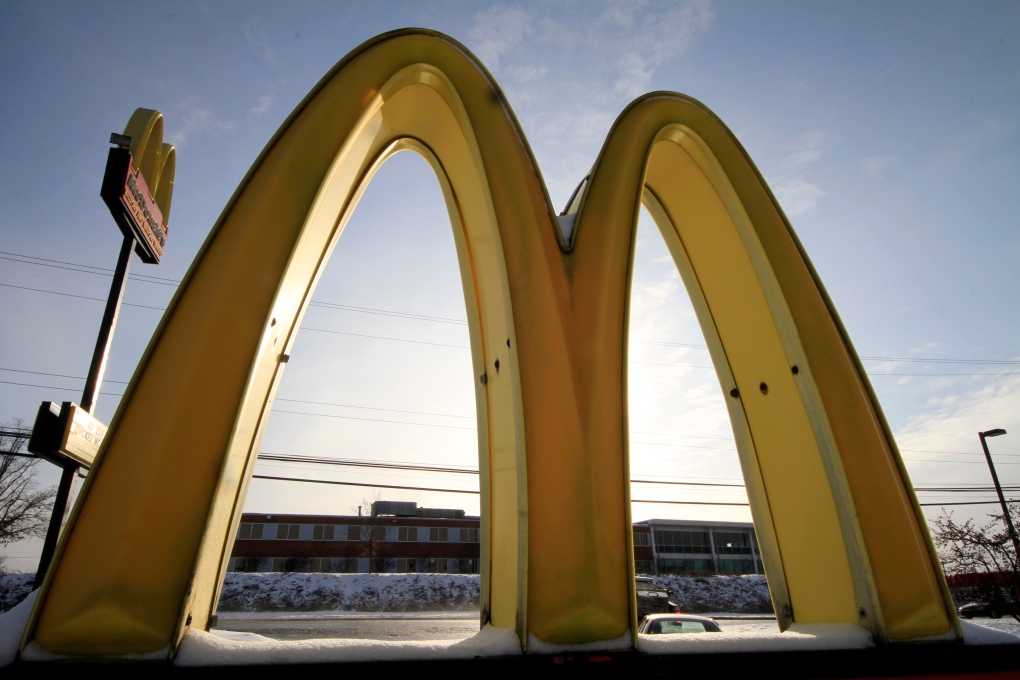 NEW YORK -- McDonald's wants to bring back that loving feeling.

As the world's biggest hamburger chain fights to hold onto customers, the company on Friday unveiled a new marketing strategy and ads it says will emphasize the "love" in its long-running "I'm Lovin' It" slogan.

As part of the push, McDonald's released TV ads it says will begin airing this week, including an animated video where the Joker and the Batman, a mail man and a dog, a blue donkey and red elephant and Smurfs and Gargamel show affection to each other and share McDonald's products.

The upbeat spot ends with the words "Choose Lovin,' " encompassed by a ring of hearts.

The push to identify itself with love and positivity in the minds of customers comes at a challenging time for McDonald's, which is facing shifting eating habits, intensifying competition and growing calls by workers and labour organizers for higher pay and a union. Sales for its flagship U.S. division have continued to struggle even after McDonald's replaced its president twice in less than two years. In November, sales fell 4.6 per cent at established U.S. restaurants.

The strategy of associating its brand with an uplifting emotion isn't unique in the marketing world; Coca-Cola, for instance, has established itself by likening its namesake soda to moments of happiness.

Allen Adamson, chairman of brand consulting firm Landor North America, said McDonald's is trying to achieve something similar by focusing a massive organization behind a big, simple idea that "sits above the quality of its food." But he said the challenge for McDonald's will be in tying "loving" back to the experience of eating at McDonald's.

"What does loving have to do with how McDonald's is going make my experience better?" he said. With Coca-Cola, he noted the company makes a tight link between drinking its soda and feeling happy.

Still, Adamson said the "loving" strategy could help give McDonald's a more cohesive direction in fixing its many problems.

McDonald's had planned to unveil the new strategy at a media event on Dec. 17 last month, but cancelled the event the week before without explanation. The company also declined to make a representative available Friday, but posted a video online with remarks by Deborah Wahl, chief marketing officer for McDonald's USA, one of several recent high-profile appointments the company has made recently in hopes of improving its struggling performance.

"Lately, the balance of lovin' and hatin' seems off. Who better than to stand up for lovin' than McDonald's?" said Wahl, who introduces herself as a "hockey mom" and "Motor City gal."

Wahl also said in the video that McDonald's will be "assuming less" and listening more to customers. As examples, she cited the company's new campaign inviting customers to ask frank questions about its food and the addition of a new fruit option for Happy Meals.

As part of the strategy announced Friday, McDonald's is also rolling out new uniforms for workers and packaging for its food that features images of popular items like Big Macs against a white backdrop.