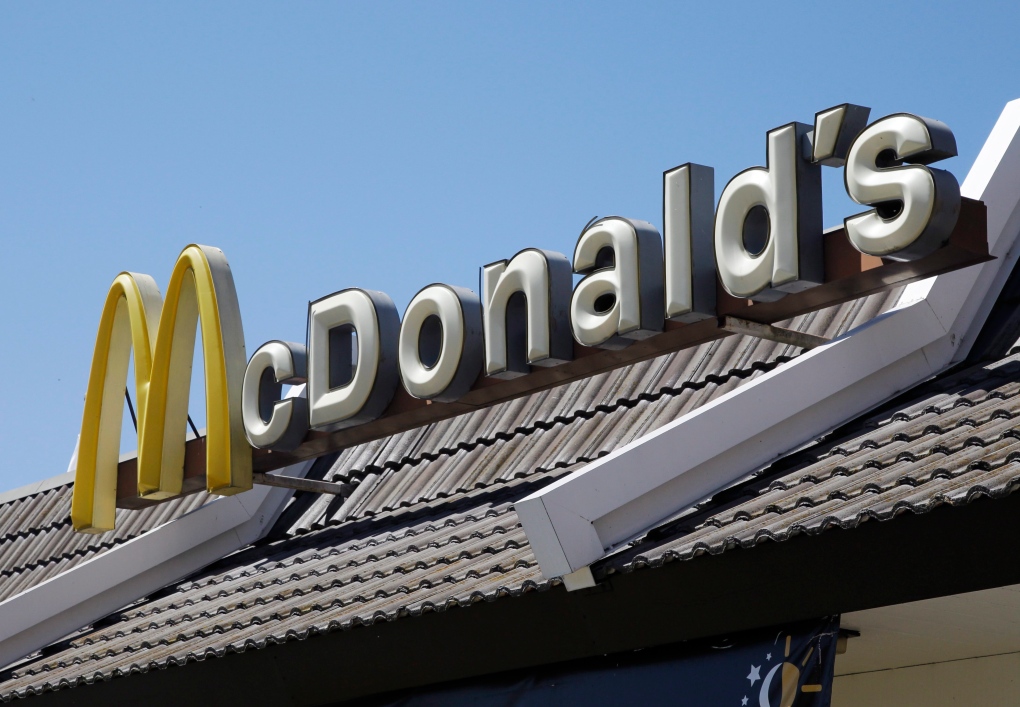 A McDonald’s restaurant is shown in this file photo. (AP / Paul Sakuma)

NEW YORK -- McDonald's once again faced criticism that it's a purveyor of junk food that markets to children at its annual shareholder meeting Thursday.

The world's biggest hamburger chain has been looking to keep up with changing tastes as people increasingly opt for foods they feel are fresh or healthy. Customers can now order egg whites in its breakfast sandwiches, for example. McDonald's also recently introduced chicken wraps to go after people in their 20s and 30s looking for better-for-you options.

But on Thursday, McDonald's was taken to task by speakers associated with an advocacy group about its menu and advertising toward kids. As with other shareholder meetings where critics are given the rare chance to face executives, McDonald's Corp. allotted about a half-hour for attendees to ask CEO Don Thompson questions.

Among those was a 9-year-old girl who asked Thompson to stop "tricking kids into eating your food." The girl's mother echoed the request later on, saying McDonald's undermines parents by marketing to children.

Another speaker asked that McDonald's remove its locations from hospitals, while others asked it to stop targeting communities of colour by signing stars such as Olympic gymnast Gabby Douglas and the NBA's LeBron James.

Three of the individuals were members of Corporate Accountability, which has been critical of the company's marketing practices. Others were health professionals, parents or writers linked to the group.

Thompson stood by the company's menu, saying McDonald's doesn't sell "junk food," pointing out items such as the yogurt parfait and side salad and noting that the company has been adding more fruits and vegetables.

Thompson, who took over as CEO this past summer, also noted that his kids eat at McDonald's and that many of its 1.8 million employees are parents.

Still, he said at one point, "I do agree we have some issues, and we can be part of the solution."

Other fast-food chains such as Burger King, Wendy's and Taco Bell aren't exactly paragons of healthy eating, of course. And plenty of mom-and-pop restaurants sell food with just as many calories and fat as a Big Mac or Quarter Pounder. But with more than 14,000 U.S. locations, McDonald's is an easy target because of its size, and for many it has become a symbol of processed foods.

The criticism is far from new, but its persistence illustrates the uphill battle McDonald's faces in trying to evolve its image and stay relevant. After years of outperforming its rivals, the company has been struggling to increase sales more recently. During the first quarter, global sales at restaurants open at least a year fell 1 per cent. That marked the first quarterly decline in a decade.

McDonald's has blamed its troubles in part on the broader economy, saying the restaurant industry was flat to declining in the past year. But the Oak Brook, Ill.-based company is also pushing to improve the image of its food at a time when chains such as Chipotle, Panera and Subway are gaining popularity.

McDonald's is also enduring criticism that it still markets to children.

Despite Thompson's claims that the company doesn't target children in schools, Corporate Accountability noted that McDonald's has moved much of its marketing online where it's harder for parents to monitor what kids see. Nick Guroff, a spokesman for the group, also said that commercials featuring Gabby Douglas and LeBron James are directed at kids.

Corporate Accountability in recent years had pressured McDonald's to stop using Ronald McDonald to market to children. Thompson on Thursday noted that the company isn't using Ronald "the way it used to" but nevertheless stood by the mascot.