McCain Foods aims to have fully sustainable agricultural practices by 2030 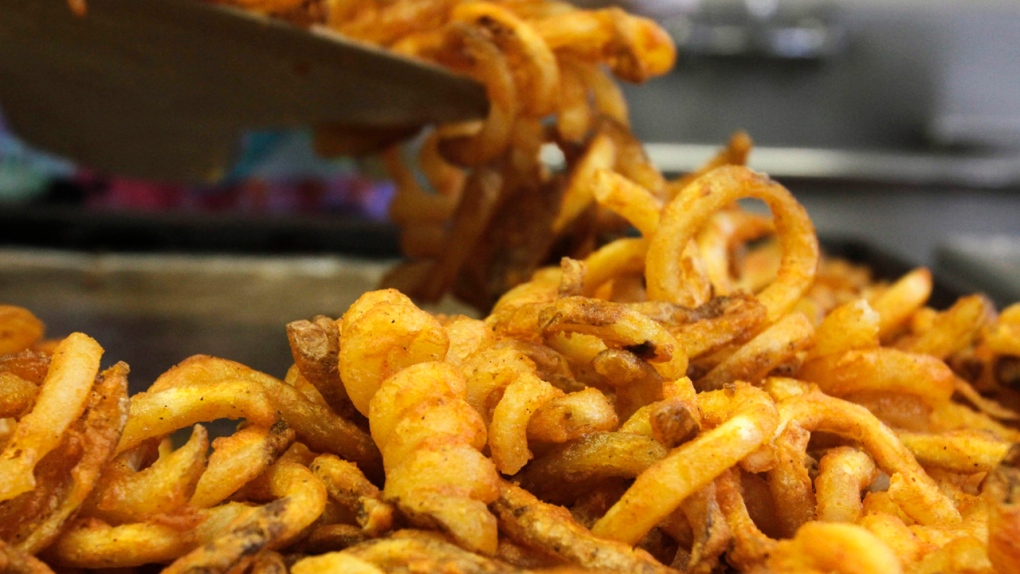 In this Sept. 14, 2011 file photo, fresh fries are scooped into containers during lunch at Gardiner High School in Gardiner, Maine.

McCain Foods Ltd. has set a target to source its potatoes from farms using sustainable agriculture by the end of the decade.

The company said Monday 100 per cent of its potato fields - representing 149,733 hectares worldwide - will be grown using regenerative agriculture by 2030.

The pledge to move away from industrial-style agriculture towards more sustainable practices is a positive development but raises questions about oversight, said Brent Preston, president of the Ecological Farmers Association of Ontario.

Without a single, accepted definition of regenerative agriculture or a certification body overseeing the practice, he said the term is “completely ripe for greenwashing.”

“There are no rules about who can put regenerative agriculture on their packaging,” said Preston, a farmer near Creemore, Ont., and also a member of Farmers for Climate Solutions. “When companies like McCain are talking about converting to regenerative agriculture, that's a great thing, but they have to be transparent about what exactly it means.”

Overall, he said the commitment should be applauded, but the company still needs to be held accountable to ensure it lives up to its promises.

McCain, the world's largest manufacturer of frozen potato products, made the pledge in its global sustainability report released Monday.

It's a move that will help the company both fight climate change and grow more potatoes, McCain vice-president of external affairs and sustainability Charlie Angelakos said in an interview.

“This requires a total rethink for us in terms of how we do agriculture,” he said. “It's an ecosystem-based approach to farming that focuses on protecting and improving soil health and biodiversity.”

“It actually is going to increase output for our growers as well,” he said. “We will not be affected by the challenges that we're facing today as a result of climate change.”

McCain said it will roll out regenerative agricultural practices on three farms by 2025 to show that it can be implemented at scale and be economically viable for farmers.

The first of the company's so-called Farms of the Future is now operational in Florenceville, N.B., where the company was founded in 1957.

This report by The Canadian Press was first published June 7, 2021.