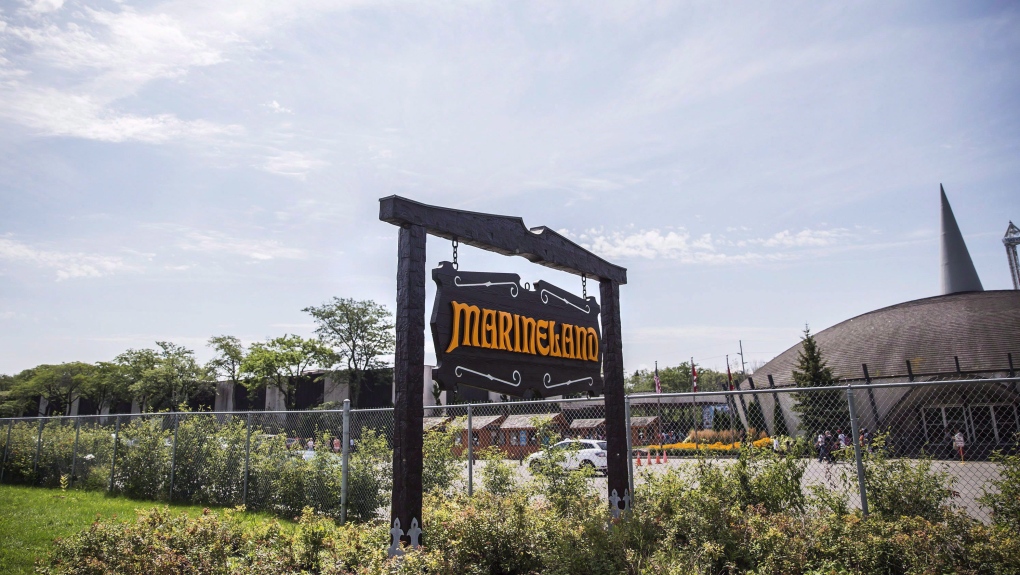 A sign for Marineland is shown in Niagara Falls, Ont., Monday, August 14, 2017. (THE CANADIAN PRESS/Tara Walton)

John Holer, who founded the Marineland theme park in Niagara Falls, Ont., and unapologetically defended it against all critics, has died at the age of 83.

"On behalf of Marineland, I can confirm that Mr. Holer passed away Saturday morning at his home, peacefully, comforted by his wife and son," said Burns, who declined to comment further.

Holer founded Marineland in 1963 when he started giving shows with a few sea lions in a small pool in Niagara Falls.

Since then, it has grown into a large amusement park with whales, dolphins, walruses, seals, sea lions and other animals such as deer, bears, birds and fish.

Over the years, Holder vigorously defended Marineland against protests and complaints by animal welfare activists who maintain it should be shut down.

In 2000, he told The Canadian Press that anonymous online activists had threatened to burn down his home and the park in response to the death of a whale.

"They (the threats) used to bother me, but I don't give a damn," Holer said at the time.

"The more they bark, the more business we get. If I didn't take care of my animals, I'd be out of business."

The criticism of Marineland intensified two years later, when former employees went public with allegations of animal abuse at the park among both its marine and land animals in 2012. The OSPCA did not lay charges at the time but issued several orders, which Marineland complied with.

More recently, Marineland was charged with 11 counts of animal cruelty following an investigation by the Ontario Society for the Prevention of Cruelty to Animals, but all of them were dropped by the Crown in 2017.

Marineland has always steadfastly denied all allegations against the park.

"Few people have the time or funds to encounter these animals in their natural habitat, not to mention the potential disruption and negative impact that would result to the animals' natural environments from having the millions of visitors that visit facilities like Marineland visit these animals in the wild," reads a "message from the owner" on the park's web site.

Online reaction to Holer's death was mixed, with some people praising his entrepreneurial spirit and the jobs he created, and others condemning him for what they see as a legacy of animal abuse.

Manitoba Sen. Don Plett was among those who praised the Slovenian-born Holer as an immigrant success story.

"His story as a newcomer to Canada is truly inspiring. Rest In Peace, Mr. Holer," he wrote on his Twitter account.

Mike Garrett, a former activist who has faced legal action by Marineland over his protests of the facility, urged the public to be respectful in the wake of Holer's death.

"His legacy will surely be contentious and we had our own personal and legal battles, however, my condolences go out to his family at this difficult time," he wrote in a statement published on social media.

"Regardless of personal beliefs Mr. Holer, was from a different generation and accomplished much with very little. He was a husband, brother and father and his family should be given compassion and privacy."

Marineland was not able to comment Sunday, but said it would issue a statement on Holer's death Monday.