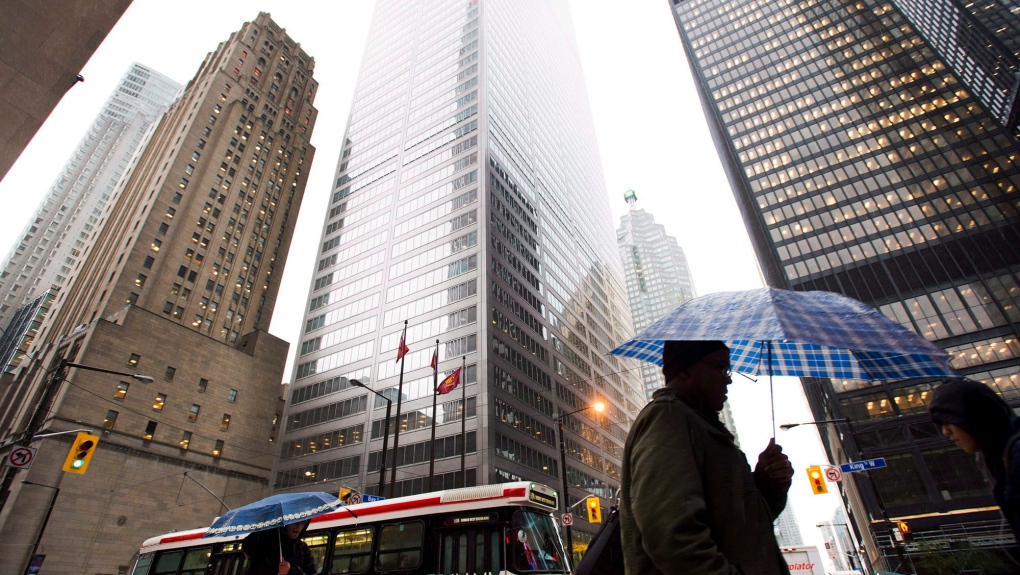 On Tricia Davis's first day of work at a coal mine in B.C.'s Elk Valley, she says she spotted a heart and a penis scrawled on some dusty equipment.

And on a bus ride home one day from the Teck Coal Ltd. operation, Davis -- who started there as a truck driver in June 2017 -- says two male co-workers insinuated she was working as a prostitute.

They allegedly told her: "Oh look it's your corner, that's where you belong."

"I waited for two years to finally have the opportunity to work at Teck and have never been so humiliated in my life," Davis, who quit that job, said in a complaint filed to the B.C. Human Rights Tribunal.

Teck later investigated her allegations, but concluded she "mischaracterized" what happened, the Tribunal wrote in a December decision that denied the mining company's request to dismiss her complaint. Davis could not be reached for comment, but a Teck spokesman said the company has reached a confidential settlement and has since taken steps to address the concerns raised in the complaint.

Her experience is indicative of the challenges women continue to face in Canadian workplaces -- particularly in industries like mining that remain male-dominated.

But the lack of diversity in the ranks of Canadian companies extends far beyond specific industries and remains a problem in the country's most powerful and influential firms.

The Canadian Press asked all firms included in the TSX 60 index as of Jan 1. 2019 to share data on how many women and employees who identify as visible minorities, as defined in the Employment Equity Act, worked at their companies in 2017.

Among the companies who responded, some said women comprise as little as eight per cent of the workforce, while many others refused to disclose.

What's more, many of the firms on the TSX 60 won't say -- or aren't even tracking -- how many of their employees identify as visible minorities.

These publicly listed companies are not required by law to disclose such information, but advocates have long called for transparency and for companies to -- at minimum -- track data and to measure progress, in a bid to facilitate change.

One-quarter, or 15 firms, did not provide or otherwise publicly disclose figures for gender representation.

Nearly 60 per cent, or 35 companies, did not provide or publicly release the representation of visible minorities in their ranks and more than 23 per cent, or 14 companies, said they were not tracking the metric at all.

Among the 42 companies included on the index that did share specific or percentage data on gender diversity in their workforce, 34 indicated that less than 50 per cent of their workforce was female -- less than the national average.

In two cases, the percentage of women employees was in the single digits.

Paulette Senior, president of the Canadian Women's Foundation, called the number of companies unwilling to share or track the level of diversity "surprising and disappointing" because she believes the lack of disclosure suggests many of the companies are not interested in ensuring their workforce is reflective of society.

"Transparency is a very brave thing to do, and it takes courage to actually want to know the truth because once you know it, it means that something probably needs to be done about it," Senior said.

The Canadian Press analysis showed that the banks -- which mostly provided Canada-specific data and were at the higher end of the representation spectrum -- seem to have made the most concerted efforts towards equality, while mining, engineering and rail companies continued to struggle to attract and retain women.

Susan Lomas, a geologist and founder of the Me Too Mining advocacy group, said she believes the lack of progress in her industry is attributable to its inflexible nature, which requires workers to spend weeks at a time at remote sites and little time at home, making parenting difficult.

"Some women are walking away from those sites and some men too," Lomas said.

Women accounted for 50.9 per cent of the Canadian population, but comprised 48 per cent of the country's workforce in the 2016 census. That's an increase from 45 per cent in 1991.

But the gulf between industries is wide.

Among the companies that provided information to The Canadian Press, the firm with the lowest female representation was Canadian National Railway Co., at 8.6 per cent. In the broader transportation and warehousing industry in Canada, roughly 24.5 per cent of all workers are female, according to 2018 Statistics Canada data.

A CN rail spokesman said that in 2018, 17 per cent of its workforce in Canada were visible minorities, persons with disabilities or aboriginals. The Montreal-headquartered transportation company says that five out of 12 of its board members are women, and it is a signatory to the Catalyst Accord and a member of the 30% Club, both of which have a mandate to increase female board representation.

Linda Hasenfratz, chief executive of Canadian autoparts maker Linamar, said some industries and roles are less attractive because of the physical nature of the job and reaching parity in the ranks would be difficult.

Hasenfratz, one of the few female CEOs of a TSX-listed company, said women make up roughly 20 per cent of the Guelph-based company's workforce, but the proportion among management and the upper ranks is larger.

However, she expects the workforce representation of women overall to grow as companies incorporate automation and roles become less physically demanding.

"Businesses will evolve and this will naturally change as there is more automation taking on some of these more physical roles. I think you'll find 10 years from now, it will be dramatically different," she said in an interview.

Among the companies who disclosed their diversity data, National Bank of Canada had the highest proportion of women at 60.7 per cent of their Canadian workforce.

In the upper executive ranks of Canada's companies, however, the imbalance remains stark.

An analysis by The Canadian Press last year revealed that none of the country's TSX 60 companies were headed by a woman and two-thirds did not include a single female among their top earners during that fiscal year.

The needle is moving even slower for other underrepresented groups such as visible minorities.

Canada's Employment Equity Act defines visible minorities as "persons, other than Aboriginal peoples, who are non-Caucasian in race or non-white in colour."

The bank, whose workforce in Canada comprises 56 per cent women, tracks various representation metrics that are reviewed against their goals on a quarterly basis.

She was one of six members that backed a proposed bill amendment that would force public companies in Canada to set internal company diversity targets for the board and senior management.

The Senate voted against the amendment last March.

Omidvar said the amendment's failure stemmed from a broader feeling in the business community that firms, if left to flourish without regulation but given guidance, will improve on these metrics and "a tide will lift all boats."

"Well, it hasn't exactly happened has it? So I would say, that does not work."