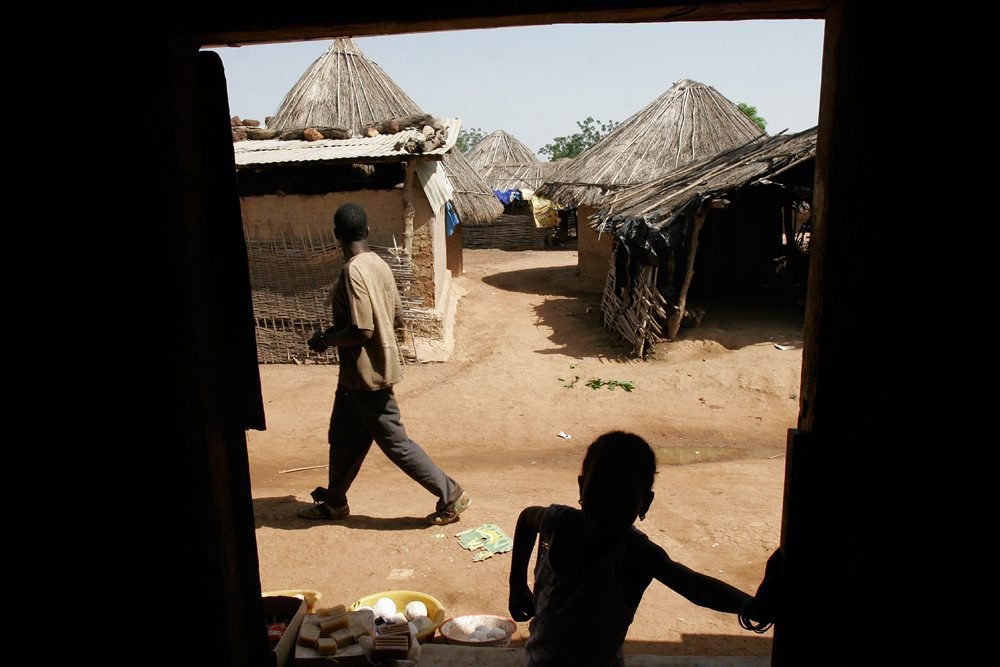 OTTAWA, Ont. -- As Islamist rebels controlled a chunk of Mali the size of France late last month, Toronto-mining analyst Pawel Rajszel honed his advice to investors on a leading Canadian mining company in the country.

Rajszel had previously told investors to "take their money and run." His note of Jan. 24 concluded with one word: "Sell."

Even after French and African troops routed al Qaeda terrorists from major cities in Mali's north this week -- and after French President Francois Hollande basked in the euphoria of a liberated Timbuktu -- Rajszel was still unmoved.

"We haven't changed our opinion," Rajszel, head of the precious metals team at Veritas Investment Research, told The Canadian Press.

The Mali crisis and its spillover into West Africa are a monkey wrench in the Harper government's ambitions for Canadian firms, especially in the mining sector.

The government is actively promoting Canadian business opportunities in Africa, but has no stomach for contributing troops to the French-led military campaign to drive al Qaeda-linked extremists out of northern Mali.

Industry analysts say headlines about terrorists gaining a foothold in West Africa are chilling investors, and casting a pall over future prospects.

"The rise of rebel activity in the Sahel region or Sahara region is concern for all Canadian mining companies and oil and gas companies operating in the region," said Barry Allan, senior mining analyst with Mackie Research Capital Corp.

"It had been for a good, long period of time, a jurisdiction that was known for stability. You cannot say that any more."

Leily Omoumi, a gold analyst with Scotiabank in Toronto, said that for investors who are "not too comfortable or too familiar with West Africa, I think headlines and news and what's going on in Mali is definitely going to impact their level of interest in companies in West Africa."

This uncertainty comes as Prime Minister Stephen Harper ramps up a strategy to give Canadian business an edge in Africa's lucrative and expanding resource industry.

Canadians are already the world's leading miners, and their interest in Africa's untapped resource potential -- including gold -- has been growing rapidly.

In a study of global exploration by Natural Resources Canada, 298 of the world's 618 large mining companies in 2010 were Canadian.

"From 2009 to 2010, the larger Canadian-based companies budgeted 106 per cent more for Africa. Most of the increases occurred in Burkina Faso, Zambia, Liberia, Niger, Botswana, Mauritania, Mali, Ivory Coast, and Ghana," says the 2012 report.

At one of the grimmest moments of the Mali crisis last month, Harper rebuffed the visiting chair of the African Union, who made a public plea for Canada to prod its NATO allies into joining the fight with African soldiers against the Islamist rebels.

Harper used the January visit of Benin President Thomas Boni Yayi, the union's rotating chair, to promote Canadian mining interests in Africa. He also said Canada would work with the union to establish the African Mineral Development Centre, which will help countries benefit from their resource wealth.

"We're participating in the African Union's mining sector initiative which is really essential if Africa is not only not simply going to exploit its resources but do so in a way that is ultimately of benefit to all the people who live in Africa," Harper said at the time.

Harper has retooled the Canadian International Development Agency to promote business interests, mining in particular. And he recently dispatched his International Trade Minister Ed Fast to a couple of relatively safe points in the region, Ghana and Nigeria, with almost 30 business leaders in tow.

Fast returned from his business safari, ebullient, declaring: "The future is bright for Canada's engagement with Africa, and our government is committed to continuing to build on our successes to date."

But some analysts who watch the region -- and whose advice holds sway with investors -- offer a darker view of the continent's mining prospects.

Mali itself had been a beacon of democracy in West Africa for two decades before a military coup in March 2012. The ensuing power vacuum allowed al Qaeda affiliated groups to take over the country's north, an area of land the size of France.

As of 2010, Canada had at least 15 mining and exploration firms in Mali with estimated assets of $230 million, according to Natural Resources Canada.

Canada's major gold-mining company in Mali, Iamgold (TSX:IMG), has its operations in the country's south, which has been relatively unscathed by the current unrest.

But that didn't prevent its stock price from dropping, which prompted Rajszel to issue his "sell" note.

Iamgold CEO Steve Letwin made clear this week in an interview with Reuters that his company is committed to Mali for the long haul.

"I just think as an investment it is a good investment if we can all collectively get our heads around it and the Malians can get some semblance of stability," he said.

Allan said the long-term effect of the current unrest will be felt for some time.

"Every operating company in that region needs to be aware of that, and are mindful of that. So the risks have gone up, there's no doubt about that," he said.

The French and African troops may have the al-Qaida groups and their ethnic Taureg allies on the run. But they have hardly been vanquished and are more likely to run to a safe haven in Mali's northern deserts and mountains or migrate to another neighbouring country.

"Do the Tauregs and the al Qaeda sympathizers go to Mauritania, do they go back to Libya, do they go to Algeria? What happens? Where do they end up? That's a bit of a rolling dice."

James Cockayne, an international lawyer and author of a book on organized crime in West Africa, said big business has a role to play in bringing good governance and stability back to Mali.

"There is a huge interest for business to see an effective governance arrangement put in place, on a sustainable footing. There might be leverage in the hands of business that could be brought to bear on that process," he said.

"They could encourage political actors in Bamako to move towards democratic reform -- make it clear that that was in the long-term interest of investment in the country."