Alberta’s economy is in a slump, but those who still have money to spend on real estate are finding great deals on luxury homes that have become a hard sell.

Sales of high-end homes are slow, so prices have been dropping dramatically in recent months. Two luxury homes in Priddis, Alta., located about 40 kilometres southwest of Calgary, were auctioned off in August at deep discounts.

The first home on Hawk’s Nest Hollow, a sprawling four-bedroom, 5,500 square-foot mansion, was initially listed at $2.9 million. It sold for less than half that price -- $1.1 million. 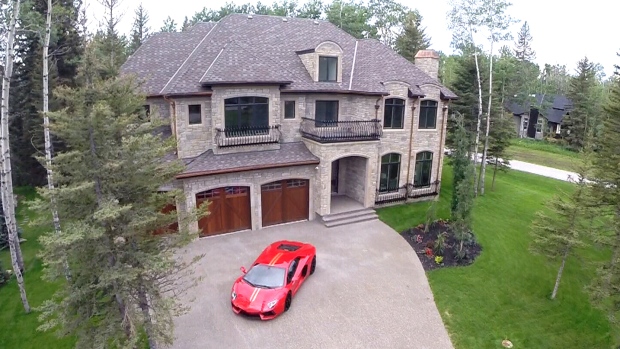 Just a few doors down, another luxury home was listed at $3.9 million, but sold for $1.5 million. 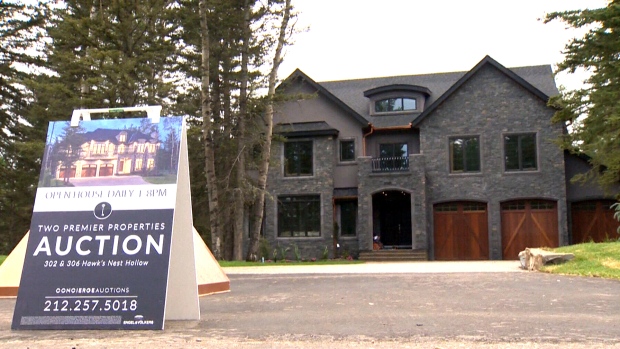 Anne-Marie Lurie, the chief economist at the Calgary Real Estate Board, said real estate sales have declined across the board since oil prices plummeted, leading to layoffs at oil and gas companies and related industries.

But the decline has been higher in the high-end home market, especially for houses listed at over $1 million, she said.

Rachelle Starnes, a Royal LePage realtor, said real estate agents and homeowners have to get creative if they want to attract bidders. That can include anything from drone videos of sprawling estates or wine and cheese gatherings for potential buyers.

Starnes is trying to sell her own luxury home and has listed it for $2.25 million, even though “it should be about 2.8.” 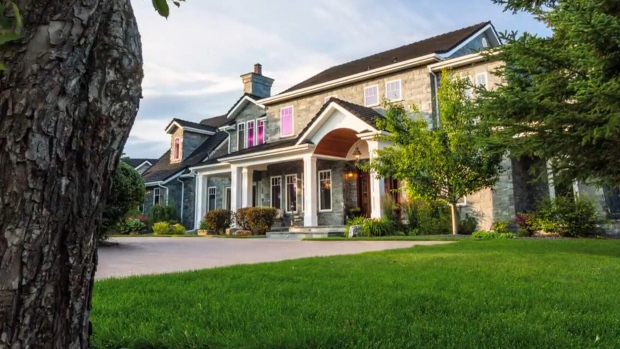 A new report from the Canada Mortgage and Housing Corporation says there’s “moderate evidence” of overvaluation in Calgary’s housing market, thanks to low oil prices and a decline in disposable income.

The report found overvaluation in 11 housing markets across the country.

With a report from CTV Calgary’s Brad MacLeod