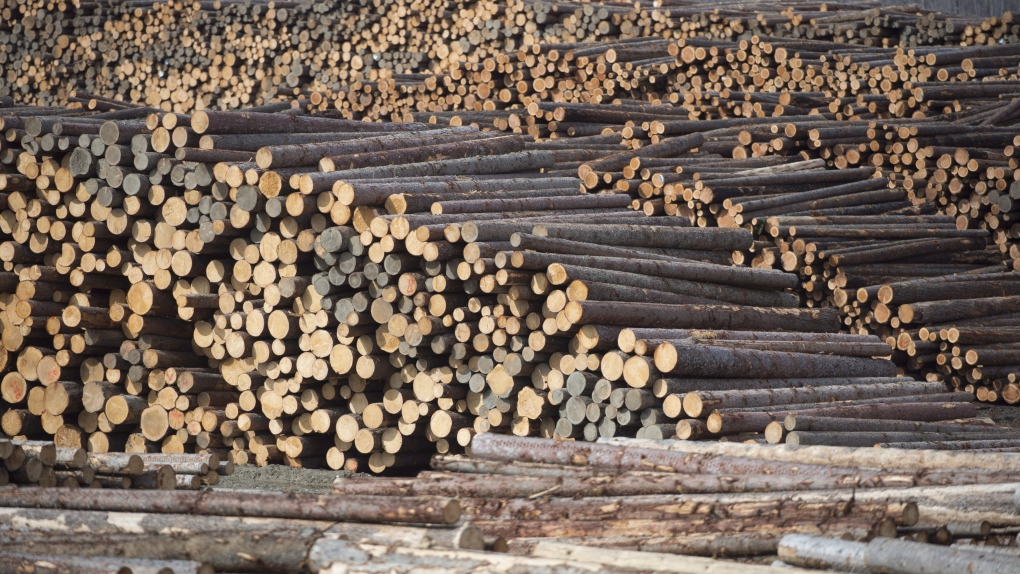 Shares in Canadian lumber companies rose Tuesday on news that the U.S. government could reduce duties on softwood lumber imports in August.

In early trading in Toronto on Tuesday, Canfor Corp. stock rose as much as 7.5 per cent, West Fraser Timber Co. Ltd. jumped by 6.2 per cent and Resolute Forest Products Inc. was up three per cent.

The shares closed at lower levels, with Canfor up 4.3 per cent, West Fraser up 2.1 per cent and Resolute down 5.2 per cent.

In a report on Monday, CIBC analyst Hamir Patel suggested average U.S. duties would drop from about US$67 per thousand board feet to about US$30 based on current pricing levels of about US$400.

"According to trade contacts, preliminary revised duty determinations from the U.S. government have been communicated to the Canadian industry," Patel said.

"We expect Canadian lumber equities to respond positively to this news as these rate revisions were better than most Canadian industry participants were expecting."

The report says the "all others" duty rate could fall to eight per cent from 20.2 per cent, but added it's not expected that Canadian companies will receive any refund or credit for overpayment until the trade dispute is resolved, something not expected for two to three years.

A U.S. Commerce department spokesman confirmed on Tuesday that preliminary results of an administration review were issued on Monday but said the impact on softwood lumber deposit rates are not yet determined.

The U.S. imposed duties on most Canadian softwood exports in April 2017, alleging that Canada was unfairly subsidizing its industry and dumping wood into the U.S. at unfair prices.

This is the fifth time Canada and the U.S. have fought over the same issues.

In September, a joint Canada-U.S. trade panel gave the United States 90 days to rethink its tariffs, finding there was no evidence Canadian imports were causing injury to the U.S. industry.