Lufthansa see revenues drop 80 per cent, no full recovery until 2024 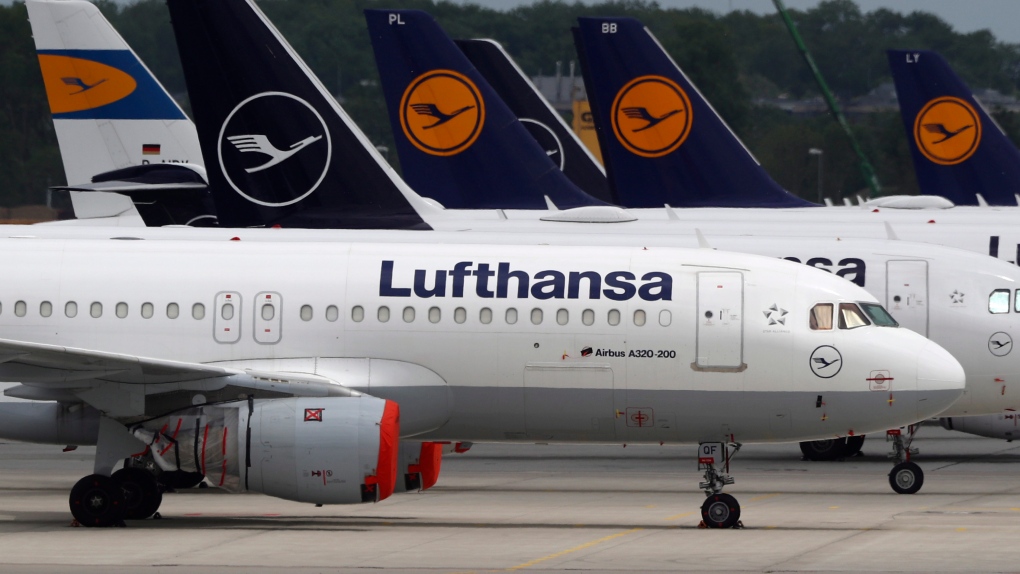 Aircrafts of the German airline Lufthansa are parked at the airport in Munich, Germany, Tuesday, May 26, 2020. (AP Photo/Matthias Schrader)

FRANKFURT -- German airline group Lufthansa on Thursday reported a net loss of 1.49 billion euros (US$1.77 billion) for the second quarter, when the pandemic essentially shut down passenger traffic, and issued a sobering forecast for demand to not reach pre-virus levels before 2024.

"Especially for long-haul routes there will be no quick recovery," CEO Carsten Spohr said in a statement accompanying the quarterly earnings statement.

Lufthansa said it carried 96 per cent fewer passengers during the April-June quarter and experienced an 80 per cent drop in revenue, to 1.9 billion euros from 9.6 billion euros in the same quarter a year earlier. Most of that revenue came from the company's cargo and maintenance businesses, not from flying passengers.

The company is the recipient of a 9 billion-euro government bailout to enable it to keep flying and says it will emerge from the pandemic as a smaller airline with 22,000 fewer jobs due to a cost-cutting program.

The company slashed operating expenses during the quarter with the help of government wage support programs for employees put on shorter hours or no hours. It also cancelled non-essential expenditures.

The cargo division made a profit of 299 million euros, up from 9 million a year ago.

Lufthansa has started flying short-haul vacation flights but in July its offerings reached only around 20 per cent of last year's level. It said short and medium haul capacity would increase to 40 per cent in the third quarter and long-haul capacity to 20 per cent.

It forecast an operating loss for the rest of the year and said it expected long-haul routes -- normally a key source of earnings -- "will continue to be served only to a very limited extent due to ongoing travel restrictions."