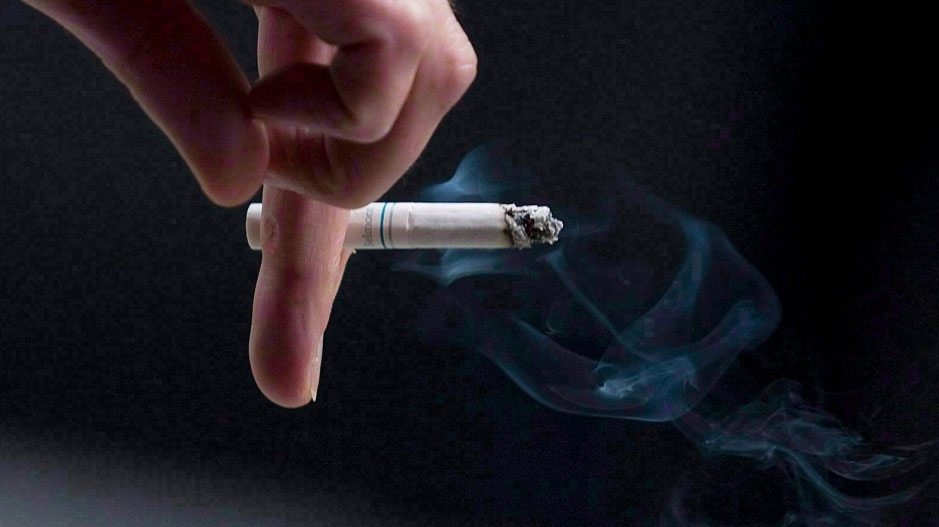 A person smokes a cigarette in this file photo from Sept. 29, 2009. (Pawel Dwulit /The Canadian Press)

TORONTO -- Lawyers representing Quebec smokers say three major tobacco companies are seeking a "get-out-of-jail-free card" by securing creditor protection in a different province after a court ordered them to pay out billions of dollars.

The companies -- JTI-Macdonald Corp., Rothmans, Benson & Hedges and Imperial Tobacco Canada Ltd. -- were granted protection from their creditors in Ontario last month after they lost an appeal in Quebec. That protection also suspended legal proceedings against them.

The Quebec Council on Tobacco and Health led two class actions against the companies and won in 2015, with the court ordering the companies to pay more than $15 billion to smokers who either fell ill or were addicted.

Lawyers representing the class-action members asked a Toronto court Thursday to lift the stay in the case if the companies intend to appeal to the Supreme Court of Canada, arguing the creditor protection and appeal processes are incompatible.

"This is just the same war of attrition they've been engaging in for 21 years," he said.

If the case is allowed to stretch on for years longer, "there will not be one living member of the Quebec class action to receive compensation," he said.

Meland said the companies cannot try to negotiate a settlement in good faith through the creditor protection process and at the same time pursue appeals that essentially contest the validity of their debts.

The tobacco giants should pick one avenue of recourse and allow the matter to reach a conclusion, he said.

Should they wish to appeal to Canada's highest court, the matter should be sent back to the Quebec appeal court, which can decide whether to stay its earlier ruling until the appeal process is concluded, he said.

The Quebec court can impose conditions on the stay and it would be up to the companies to then decide if they accept those conditions or abandon their appeal, he said.

If they choose to proceed with creditor protection, he said, the companies cannot keep the possibility of an appeal as a backup plan if negotiations fail because that would "likely doom the settlement."

Meland argued that allowing the companies to move forward with both approaches would effectively reward "jurisdiction shopping" in legal matters.

Provincial governments have also sued tobacco companies in an effort to recover health-care costs associated with smoking, and those lawsuits have been suspended under the creditor protection order.

A lawyer for Ontario agreed with Meland's position. However, one representing a consortium of provinces that includes British Columbia, Saskatchewan, and Nova Scotia said it would be unfair to prioritize the class-action members over others with claims against the companies.

The lawyer for the consortium said his clients also have hundreds of billions of dollars at stake and some have been waging legal battles against the tobacco industry for as long as the class-action members.

Meanwhile, the tobacco companies denied they were trying to evade the Quebec court's ruling. They said seeking creditor protection was the right approach and a necessary step to ensure all stakeholders are dealt with equitably.

JTI-Macdonald has previously said it was forced to seek creditor protection to safeguard 500 Canadian jobs and continue its business with minimal disruption while it prepares to defend itself against the appeal court ruling.

The hearing is set to continue Friday.