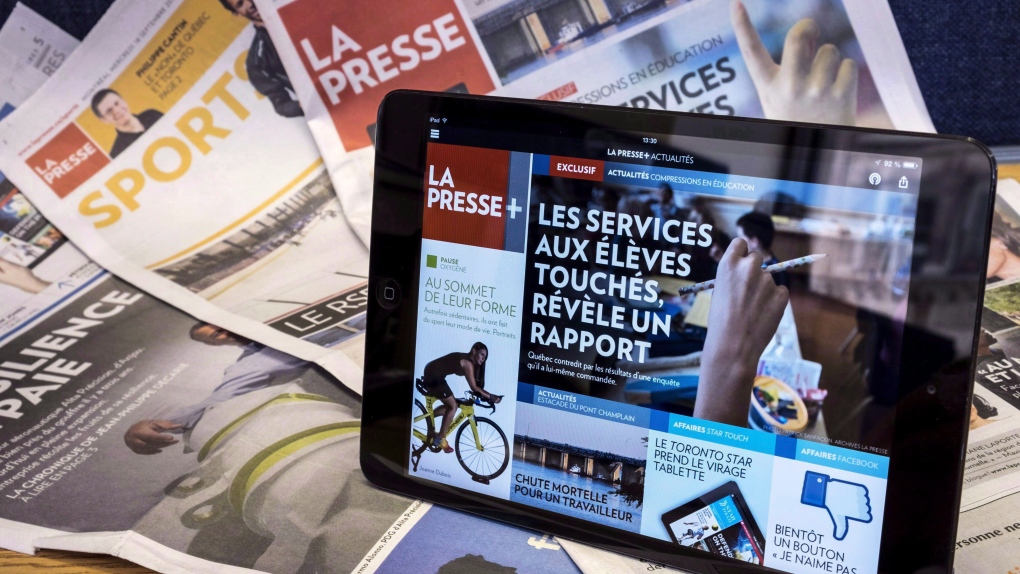 La Presse is seen on tablet and in print, on Wednesday, Sept. 16, 2015. (THE CANADIAN PRESS/Paul Chiasson)

Montreal's La Presse is going fully digital, putting an end to its print edition at the end of this year.

La Presse had already ceased publishing a daily print product on Jan. 1, 2016, and the latest move is a continuation of that transition.

The company said the move to a fully digital platform means that 49 full- and part-time jobs will be eliminated.

Those departures will occur over several months, ending around the beginning of next year.

Management said in a statement that readers won't feel much of an impact as the vast majority of them have quickly changed their habits to using La Presse Plus, a tablet-only product.

La Presse says in 2016 alone, the tablet edition saw an increase of 18.7 per cent in its audience, reaching 273,000 unique tablets daily.

It says 90 per cent of its advertising revenue comes from digital platforms.

Torstar and the parent company of La Presse hold investments in The Canadian Press as part of a joint agreement with a subsidiary of the Globe and Mail.