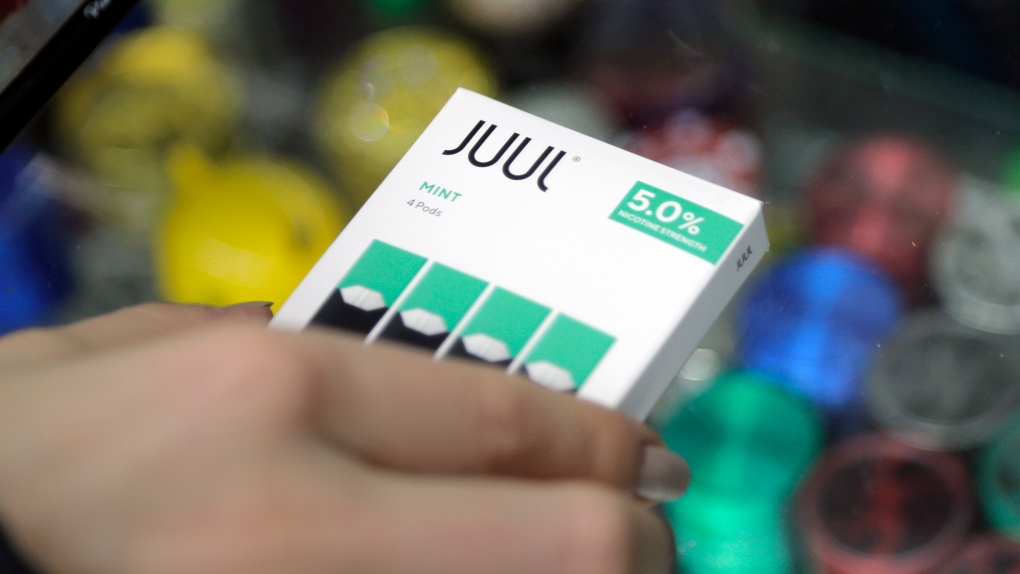 WASHINGTON -- Juul Labs said Thursday it will halt U.S. sales of its bestselling , mint-flavoured electronic cigarettes as it struggles to survive a nationwide backlash against vaping.

The voluntary step comes days after new government research showed that Juul is the top brand among high schoolers who use e-cigarettes and that many prefer mint.

"These results are unacceptable," said the company's CEO K.C. Crosthwaite, adding in a statement that the company must "earn the trust of society."

Underage vaping has reached what health officials call epidemic levels. In the latest government survey, 1 in 4 high school students reported using e-cigarettes in the previous month, despite federal law banning sales to those under 18.

Under fire for its alleged role in sparking the vaping craze among teens, Juul has made a series of concessions to try and weather a crackdown from local, state and federal officials. It stopped selling popular fruit and dessert flavours in stores last year, and last month, stopped selling them online, too.

Earlier, the company replaced its CEO and pledged to stop advertising its products. For years, Juul has argued that its e-cigarettes are intended to help adult smokers switch to a less harmful nicotine product. But its early marketing campaigns were mainly on social media and featured young, stylish models. The company subsequently shuttered its Facebook and Instagram accounts.

After halting mint sales, Juul will only sell menthol and tobacco flavours. Mint and menthol accounted for nearly 60% of the company's retail sales in the past year, according to data compiled by Wells Fargo analyst Bonnie Herzog.

Fruit, candy, dessert and other flavoured e-cigarettes have been targeted because of their appeal to underage users. Federal health officials are expected to soon release plans for removing most vaping flavours from the market, and Juul has said it will support and comply with that government policy.

In September, President Donald Trump said the flavour ban would include mint and menthol flavours. However, no details have yet been released, leading vaping opponents to worry that the administration is backing away from its original plan.

Representatives for those groups immediately criticized Juul for not also pulling its menthol flavour.

"If they really wanted to keep the kids away they would also get rid of menthol," said Meredith Berkman of Parents Against Vaping E-Cigarettes. "We hope the administration will understand that too -- they should be taking menthol off the market."

Mint and menthol have often been treated interchangeably by vaping researchers.

But a new study released Monday suggests menthol doesn't have the same appeal as mint. The study found that mint was the most popular flavour among Juul users in 10th and 12th grades and the second-most popular among middle-schoolers. In contrast, less than 6% of teenagers across all grades preferred menthol. The study by University of Southern California researchers was based on a survey that included 1,800 Juul users.

Flavours have been banned from traditional cigarettes in the U.S. since 2009, except for menthol.

San Francisco-based Juul is the bestselling e-cigarette brand in the U.S. The privately held company has been besieged by legal troubles, including multiple investigations by Congress, federal agencies and several state attorneys general. The company is also being sued by adults and underage Juul users who claim they became addicted to nicotine through the company's products.