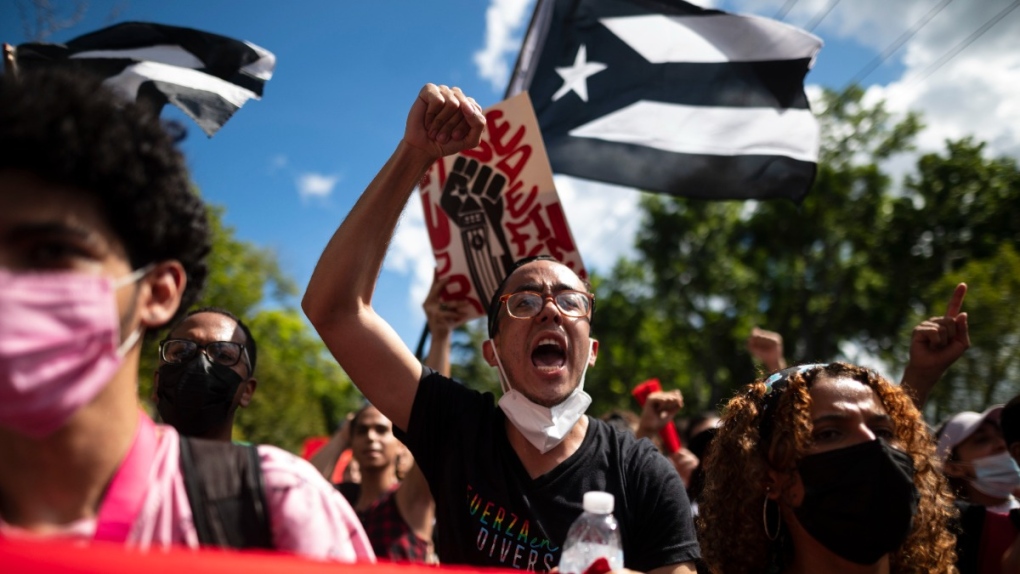 Puerto Rico's nearly five-year bankruptcy battle is ending after a federal judge on Tuesday signed a plan that slashes the U.S. territory's public debt load as part of a restructuring and allows the government to start repaying creditors.

The plan marks the largest municipal debt restructuring in U.S. history and was approved following grueling bargaining efforts, heated hearings and multiple delays as the island struggles to recover from deadly hurricanes, earthquakes and a pandemic that deepened its economic crisis.

"There has never been a public restructuring like this anywhere in America or in the world," said David Skeel, chairman of a federal control board appointed to oversee Puerto Rico's finances that has worked with the judge on the plan.

He noted that no bankruptcy mechanisms exist for countries or U.S. states like the one Puerto Rico was granted.

"This was an astonishingly complex and large and important bankruptcy," Skeel said, noting that the island had three times as much debt as Detroit.

Puerto Rico's government declared in 2015 that it could not afford to pay its more than $70 billion public debt load it had accumulated through decades of mismanagement, corruption and excessive borrowing. It also had more than $50 billion in public pension liabilities. In 2017, it filed for the largest municipal bankruptcy in U.S. history, a year after U.S. congress created the financial oversight and management board for Puerto Rico.

The plan that restructures the central government's debt goes into effect March 15 and could be appealed, although Skeel expected the judge to affirm it.

The board said that the plan signed by federal judge Laura Taylor Swain cuts Puerto Rico's public debt by 80% and saves the island more than $50 billion in debt service payments as some creditors agreed to deep cuts. Board members noted the plan reduces claims against the government from $33 billion to just over $7.4 billion, with 7 cents of every taxpayer dollar going to debt service, compared with the previous 25 cents.

"This period of financial crisis is coming to an end," said Natalie Jaresko, the board's executive director. "We have accomplished what many thought impossible."

The plan also avoids proposed pension cuts that had led to heated debates and created a rift between the board and Puerto Rico's legislature and the island's governor, which vehemently opposed them.

The plan notes that Puerto Rico has sufficient resources to pay the debt through 2034, but critics have said the government does not have the finances required to meet debt service payments and warned of more austerity measures.

Jaresko brushed away those concerns, saying that while budgets were cut, there were no layoffs or agencies shut down.

"It wasn't austerity," she said. "People look at the last five years and think it's going to continue like that forever, but it doesn't."

Still pending is the debt restructuring of some government agencies, including that of the Puerto Rico Highways and Transportation Authority and the Puerto Rico Electric Power Authority, which holds the largest debt.

"This one is very important for the economy of Puerto Rico because if it means a rise in energy costs, it makes us less competitive," said Jose Caraballo, a Puerto Rico economist and professor.

He added that the island likely would be able to access the market in three to five years to issue bonds for capital projects but warned it should avoid repeating past mistakes.

"Borrowing is playing with fire," he said. "You need to have people who know what they're doing. Otherwise, one can return to this disaster we call a debt crisis."

Gov. Pedro Pierluisi said that while the plan approved Tuesday is not perfect, it represents a big step for the island's economic recovery.

"We still have a lot of work ahead of us," he said.

Jose Luis Dalmau, president of Puerto Rico's senate and a member of the main opposition party, also praised the plan and called it a transcendental step for the island's economic recovery.

"From this moment on, a new page of fiscal responsibility, good governance and unity begins, which will lead to a more prosperous economy, a climate of job creation and greater fiscal stability," he said.

Jaresko noted the plan has guardrails to prevent a repeat of the island's debt crisis, including allowing long-term borrowing only for capital improvement projects. The board, known as "la junta" in Puerto Rico and reviled by many, expects to be around for at least three more years, or until Puerto Rico has four consecutive balanced budgets, Skeel said.

"We will not stay a day longer than our mandate," Jaresko said. "It is our goal to finish what we were instructed to do by Congress."