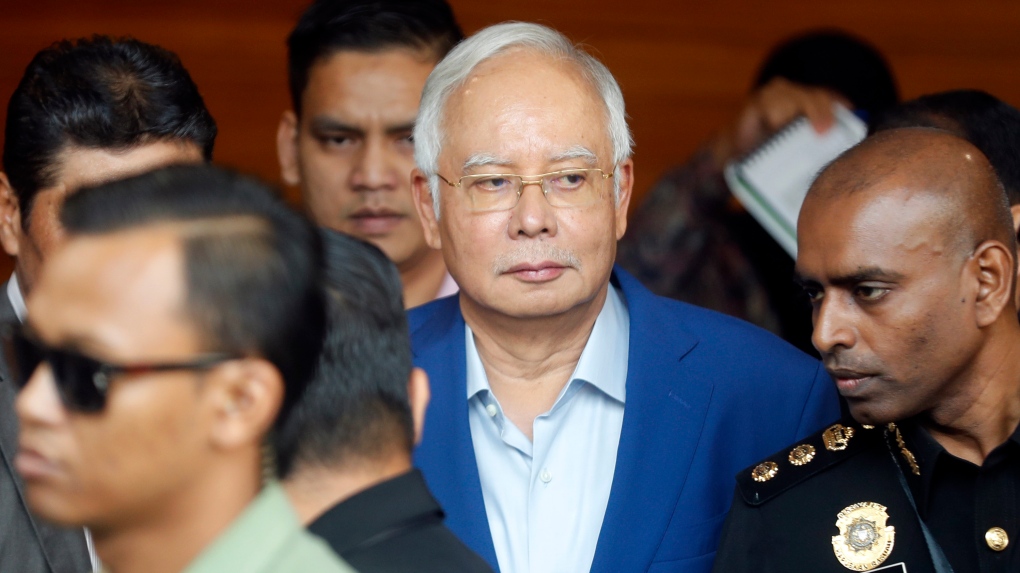 KUALA LUMPUR, Malaysia -- The second trial of Malaysian's ex-Prime Minister Najib Razak linked to the multibillion-dollar looting of the 1MDB state investment fund was delayed Monday by a week to allow his first trial to end.

Chief prosecutor Gopal Sri Ram said the last witness in Najib's first trial is midway through testifying and the case should end this week. The first trial began in April on seven charges of criminal breach of trust, corruption and money laundering related to 42 million ringgit ($10.1 million) that allegedly went into Najib's bank accounts from a former 1MDB subsidiary.

In the second trial, Najib faces four counts of abusing his power to receive a total of 2.3 billion ringgit ($551 million) from 2011 to 2014, and 21 other charges of receiving, using and transferring illicit funds linked to 1MDB.

Defence lawyers asked the judge to start the trial by Sept. 3 if the first trial cannot end this week and also to give them time to study lengthy witness statements they'd just received.

Sequerah insisted the trial, which should have started in August, should not be further delayed. He said he will review the date again on Thursday.

Najib set up 1MDB when he took power in 2009 to promote economic development, but the fund amassed billions in debts and is being investigated in the U.S. and several other countries for alleged cross-border embezzlement and money laundering.

U.S. investigators say more than $4.5 billion was stolen from 1MDB by associates of Najib between 2009 and 2014, including the money that landed in Najib's bank accounts. They say the ill-gotten gains were laundered through layers of bank accounts in the U.S. and other countries to finance Hollywood films and buy hotels, a luxury yacht, art works, jewelry and other extravagances.

Public anger over the scandal eventually led to the ouster of Najib's long-ruling coalition in May last year, ushering in the first change of power since Malaysia's independence from Britain in 1957.

The new government reopened investigations stifled under Najib and barred him and his wife from leaving the country. Police also seized jewelry and hundreds of handbags and other valuables estimated at more than 1.1 billion ringgit ($264 million) from properties linked to Najib.