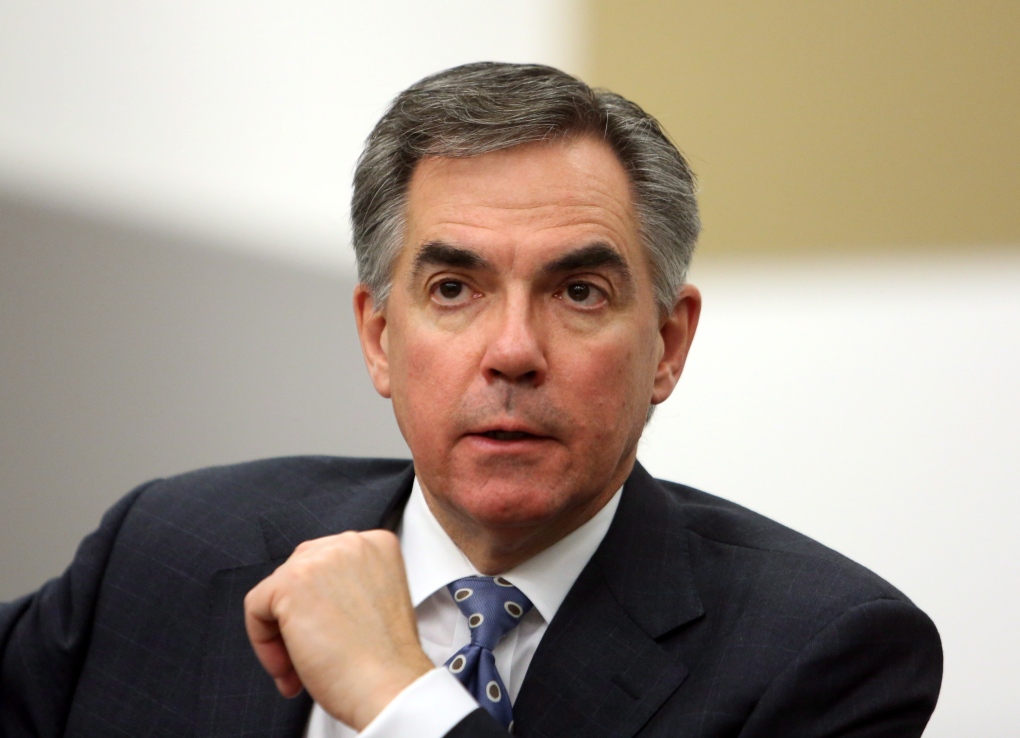 VANCOUVER -- Northern Gateway has turned to former Conservative minister of Indian Affairs Jim Prentice to try and broker a deal with First Nations opposed to the multibillion-dollar pipeline project.

Prentice said Wednesday he was approached by the project partners and asked to revive negotiations.

Already, he'd spoken to Shawn A-in-chut Atleo, national chief of the Assembly of First Nations, and Chief Ed John of the First Nations Summit in B.C., as well as other aboriginal leaders.

"I have a lot of work to do, that's clear, but I knew that coming in," said Prentice, who has been a vocal proponent of both building the pipeline and including aboriginals in the economic benefits.

Protecting the environment is a priority, he said.

"But I think the opportunity here for the country and for First Nations, in terms of jobs and opportunities for young First Nation Canadians, are enormous," he said. "I feel obligated to be part of that discussion to try and find ways to work together."

He will take on the mediation in his capacity as a senior vice-president and vice-chairman of CIBC, and will remain on the bank's payroll "because CIBC believes in the importance of this project," the bank said in a statement.

Prentice said he does not have a deadline but the clock is ticking on the project.

The 1,200-kilometre twin pipeline system would transport 525,000 barrels a day from Alberta's oilsands to a marine terminal on the B.C. coast, for export to Asia.

A joint federal review panel recommended approval of the proposal in December, and a final decision by the federal government is expected in June.

Most B.C. First Nations do not have treaties with the Crown, leaving a tangled web of rights and title that has further complicated the already controversial pipeline proposal.

Several First Nations have turned to the Federal Court in an attempt to stop the project from going ahead -- a process that could leave the pipeline in legal limbo for years.

Northern Gateway has been wooing aboriginal communities along the B.C. coast, as well as those with territory within 80 kilometres of the proposed 1,200-kilometre pipeline route. The company said it has 26 equity agreements already in place of an unspecified number of possibilities.

His role is to act as an independent go-between to build a relationship and trust between the parties.

"I think we've made some pretty good strides on the project," Monaco said. "But it's also clear that we've got more work to do with some aboriginal groups."

The company asked Prentice for help.

"We need a fresh approach to this and we need to focus on how we build that trust from here," Monaco said.

Prentice was the federal minister who negotiated the residential schools settlement in 2006. He was also a land-claims negotiator for the Alberta government prior to being elected, as well as co-chairman of the federal Indian Claims Commission.

He was Indian Affairs minister when Ottawa signed modern-day treaties with the Maa-nulth and Tsawwassen nations in B.C., and served as environment minister before leaving politics in 2010.

But Chief Terry Teegee, of the Carrier-Sekani Tribal Council, called Prentice's appointment a "last, desperate action" to save the project.

The pipeline bisects the traditional lands of six of the eight Carrier-Sekani nations in northern B.C. They're opposed to it and boycotted the federal review panel.