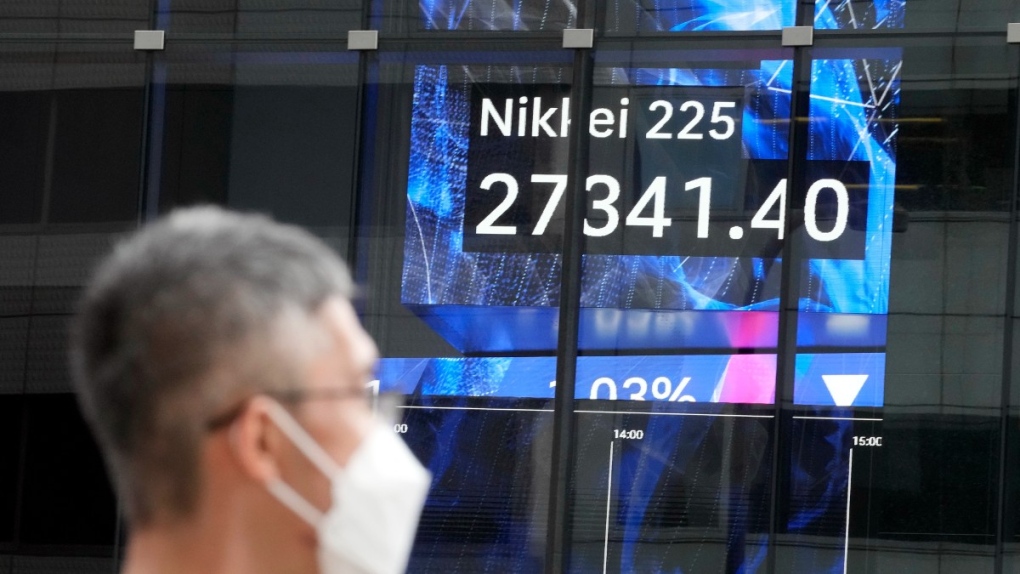 A person wearing a protective mask stands in front of an electronic stock board showing Japan's Nikkei 225 index at a securities firm, Sept. 7, 2022, in Tokyo. (AP Photo/Eugene Hoshiko)
TOKYO -

Japan's government must take steps as needed to counter excessive declines in the yen, a senior government official said on Sunday, as the currency slides to its weakest level against the dollar in 24 years.

The comments from Seiji Kihara, the deputy chief cabinet secretary of Prime Minister Fumio Kishida's government, are the latest to highlight authorities' deep concern about the yen's slide.

Kihara also said the government will consider "in the not so distant future" relaxing strict border measures to further open Japan's borders to overseas visitors, such as by scrapping a cap on the daily number of entrants.

"As for excessive, one-sided currency moves, we will closely watch developments and must take steps as needed," Kihara told a television program, when asked about the yen's recent falls.

The yen has been hammered against the dollar as investors focus on the widening divergence between the U.S. Federal Reserve's aggressive interest rate hikes and the Bank of Japan's (BOJ) pledge to maintain ultra-low rates.

"I won't comment on monetary and interest-rate policy, as they fall under the jurisdiction of the BOJ," Kihara said.

The government is considering scrapping the cap on visitors to Japan by October, the Nikkei newspaper reported on Sunday.

The government would also remove current restrictions on visitors who are not on package tours, the Nikkei said without citing the source of its information.

"A weak yen is most effective in attracting inbound tourism," Kihara said, adding that further steps must be taken to draw in more foreign tourists into the country.

Japan eased border controls from Sept. 7 by raising the ceiling for daily entrants to 50,000 and freeing entry for travellers on package tours without the need for guides.

Analysts say scrapping the ceiling and allowing more travellers would be crucial to attract foreign money and revive the fragile economy.

On how to finance an expected increase in Japan's defence spending, Kihara said he would not rule out issuing government debt.

"Our goal is to drastically strengthen Japan's defence by tapping various sources of revenue. We'll be flexible on the funding and won't rule out any options," he said.

In a policy roadmap released in June, the government said it wanted to drastically increase defence spending "within the next five years," highlighting Tokyo's interest in boosting defence at a time of tension with its powerful neighbour China.