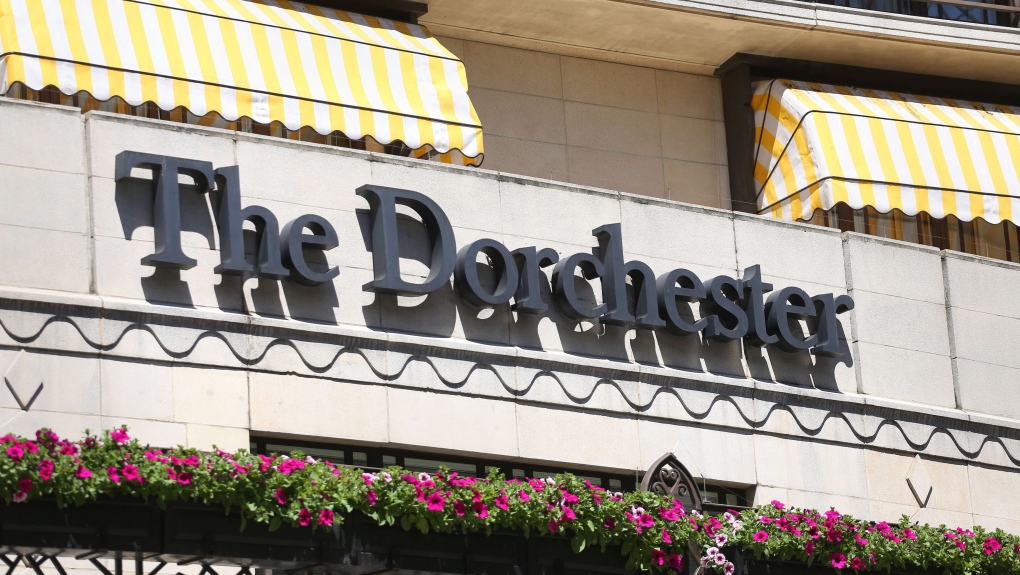 This is a June 10, 2014 file photo of the Dorchester hotel in London. Senior lawmakers in Britain's Parliament on Wedneday Jan. 24, 2018 demanded tougher laws against harassment, after a Financial Times investigation found that women were groped at a men-only charity gala attended by hundreds of senior executives. (Philip Toscano / PA, File via AP)

MONTREAL -- The real estate investment arm of Quebec's pension fund manager is distancing itself from a British partner whose owner is at the heart of a sexual misconduct scandal making waves across the United Kingdom.

Ivanhoe Cambridge confirmed to The Canadian Press on Sunday that it was halting future investments with London-based real estate company Residential Land, which is owned by Bruce Ritchie.

Ritchie has made headlines as one of the co-chairs of the Presidents Club, which was plunged into scandal after an investigation by the Financial Times claimed that women were harassed and groped at an exclusive fundraising event hosted by the club in January.

Two journalists from the British daily went undercover to the event, which was attended by about 360 male guests, many of them from the business and political world.

They allege the hostesses hired by the club were subjected to inappropriate touching as well as sexual harassment at the Jan. 18 all-male charity event.

Ritchie was not directly accused of misconduct in the report.

"We are deeply troubled by the events and behaviours as reported by the media; they are clearly unacceptable and contrary to our core values as a global institutional investor," Ivanhoe Cambridge said in an emailed statement.

"Under the circumstances, we have stopped future investments with the company. We will not make any further comments at this time."

Founded in the early 1990s, Ritchie's group was one of Ivanhoe Cambridge's major partners in the London real estate market.

In 2015, the Caisse de depot et Placement du Quebec's real estate arm was part of a joint venture aimed at investing the equivalent of more than $1 billion CAD in the London market.

Over the course of that year, the group announced it would spend more than 160 million British pounds to acquire two complexes located in popular areas of London.

In its 2016 annual report, which is the most recent one available, Ivanhoe Cambridge indicated that it owned some 600 properties with Residential Land.

As of Dec. 31, 2016, Ivanhoe Cambridge's assets were valued at approximately $56 billion. In total, the real estate manager held, through subsidiaries and partnerships, interests in nearly 800 properties, notably in Canada, the United States, France and London.

In the wake of the Financial Times investigation, the Presidents Club announced it would no longer hold fundraisers. Some beneficiaries, including hospitals, also announced they would end their association with the event and refuse to accept donations.

The Bank of England was also forced to distance itself from the club after it emerged that one of the prizes offered for auction at the fundraiser was tea with the institution's governor, Mark Carney.

The Bank of England stated that it had not approved such a prize and that it had never been in contact with the fundraiser's organizers.