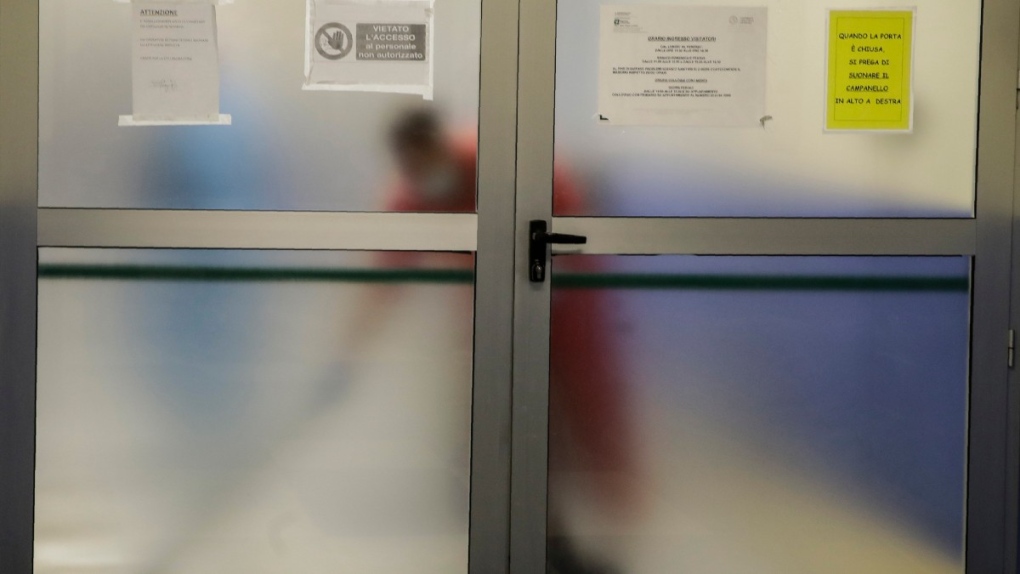 A nurse cleans inside the intensive care unit at the San Paolo hospital in Milan, Italy, on Oct. 15, 2020. (Luca Bruno / AP)

ROME -- Authorities have placed a half-dozen public hospital employees in southern Italy under investigation for abuse of office after they allegedly allowed a 67-year-old to draw a total of 538,000 euros (US$650,000) in salary over 15 years without ever working.

The prime suspect is also under investigation for alleged fraud and aggravated extortion. Italy's financial police said in a statement that he allegedly had someone threaten a hospital superior in 2005 to keep him on the payroll. Subsequent superiors then failed to take action or sanction him even after launching an internal investigation.

Police say the suspect was officially hired in 2005 in the fire safety department of the Pugliese-Ciaccio public hospital in Catanzaro and earned 538,000 euros salary over the following 15 years. They say they cross-referenced work schedules, cellphone records and testimony from fellow hospital workers to determine he never worked.

Accused along with the prime suspect are six other hospital workers and administrators. Two of them were part of a commission of inquiry launched by the hospital that, despite what the police said was ample evidence, determined the suspect couldn't be disciplined. He was eventually officially fired in October.