Is that soy in your Whopper? Plant-based meat sales rising 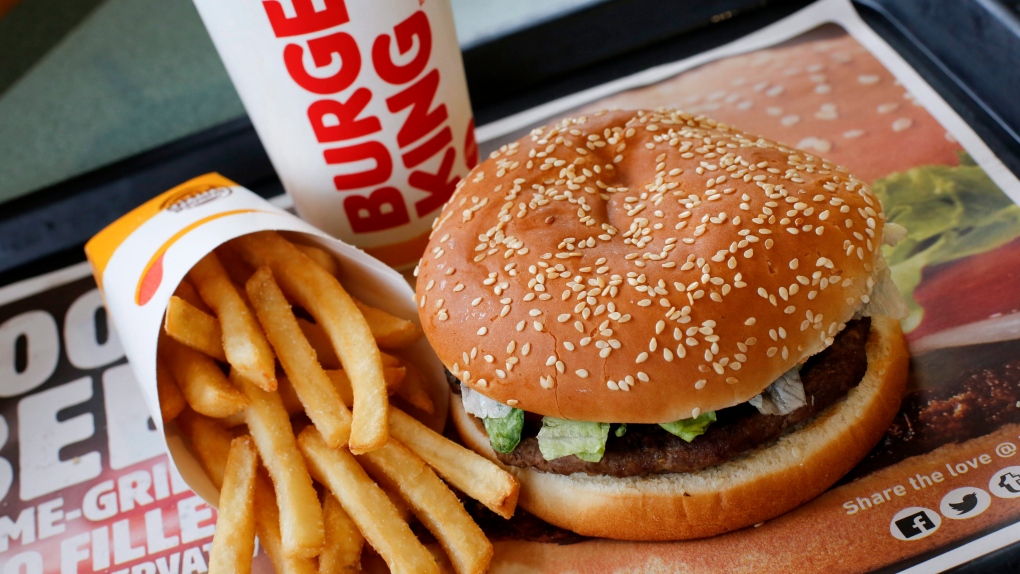 From soy-based sliders to ground lentil sausages, plant-based meat substitutes are surging in popularity. And carnivores -- not vegans or vegetarians -- are among the biggest consumers.

"There's a lot of messaging that plants are powerful. It feels like something that gives you a quick fix, something is really good for you," said Melanie Bartelme, a global food analyst with the consulting firm Mintel.

Better technology and marketing wizardry is also fueling sales. Newer startups like Impossible Foods and Beyond Meat -- both backed by investments from Microsoft founder Bill Gates -- have won over carnivores with plant-based products that look and taste like meat.

"Meat lovers don't love the fact that their meat comes from dead animals. They love it because of the sensory pleasures and the familiarity," said Impossible Foods CEO Pat Brown. "If we can provide the things they value and make it from plants, not only will meat lovers be willing to buy it, but they will prefer to buy it."

Los Angeles-based Beyond Meat is sold alongside regular meat in the grocery store, not shuffled into freezers or natural food aisles like traditional veggie burgers. It's also served at juicy burger chains like Carl's Jr. as well as TGI Friday's.

Impossible Foods, which is based in Silicon Valley, introduced its burgers three years ago at trendy restaurants like New York's Momofuku Nishi. That led to partnerships with more than 5,000 restaurants in the U.S. and Asia, including the White Castle chain.

Earlier this week, Burger King became the first global quick-service restaurant to embrace the Impossible burger. It's testing an Impossible Whopper this spring at 59 restaurants in St. Louis.

Burger King already has a veggie burger on its menu, a MorningStar Farms patty made from carrots, mushroom, oats, and other ingredients. But Chris Finazzo, president of Burger King's North American division, said that primarily appeals to vegans and vegetarians.

Burger King's research indicated that 9 per cent of people buying plant-based meat are vegetarian, but 90 per cent are meat eaters looking for healthier options.

"There's a lot of people who want to eat a burger every day but don't necessarily want to eat meat every day," Finazzo said.

Bartelme notes that only around 7% of the U.S. population is vegan or vegetarian and that hasn't changed significantly in recent years. Instead, she says, many people are becoming "flexitarians," picking and choosing from various diets.

The Impossible Whopper is healthier on some counts but not on others. It's 630 calories, compared to 660 calories for a meat-based Whopper. It's lower in saturated fat, trans fat and cholesterol. But it's higher in sodium and carbohydrates. The burgers have about the same amount of protein.

MorningStar's veggie burger, on the other hand, has 390 calories, less fat and cholesterol, but a similar amount of sodium and carbohydrates as a regular Whopper.

There are other benefits to meatless burgers. Beyond Meat says it takes 99% less water, 93% less land and 50% less energy to make plant-based burgers. They also emit 90% fewer greenhouse gases.

The North American Meat Institute, a lobbying group for the meat industry, counters that livestock production in the U.S. accounts for just 4% of total greenhouse gas emissions. And U.S. meat consumption was expected to reach a record high in 2018 because of the strong economy.

Bartelme doesn't see that trend slowing down. Over last five years, there's been a 25 per cent increase in the number of meat alternative products launched, like pinto bean-based "bacon bits" from Cool Foods.

Going forward, some smaller brands could get gobbled up by larger rivals, she said. She also wonders if there will be consumer backlash against companies that rely on slick chemistry to make their meats. Impossible genetically engineers yeast to make heme, the molecule found in both plants and animals that gives burgers their meaty flavour. Memphis Meats, another California startup, is growing meat from actual animal cells.

"Is that going to turn off someone who is looking for very unprocessed foods? Maybe there will be a resurgence in old-school burgers made of beans and vegetables," Bartelme said.

But Brown says that would be a mistake, because science is everywhere in the food chain.

"Pretty much everything that's in the world's diet is not something that just fell off the tree," Brown said. "The foods we eat are products of nature combined with science, research and ingenuity."