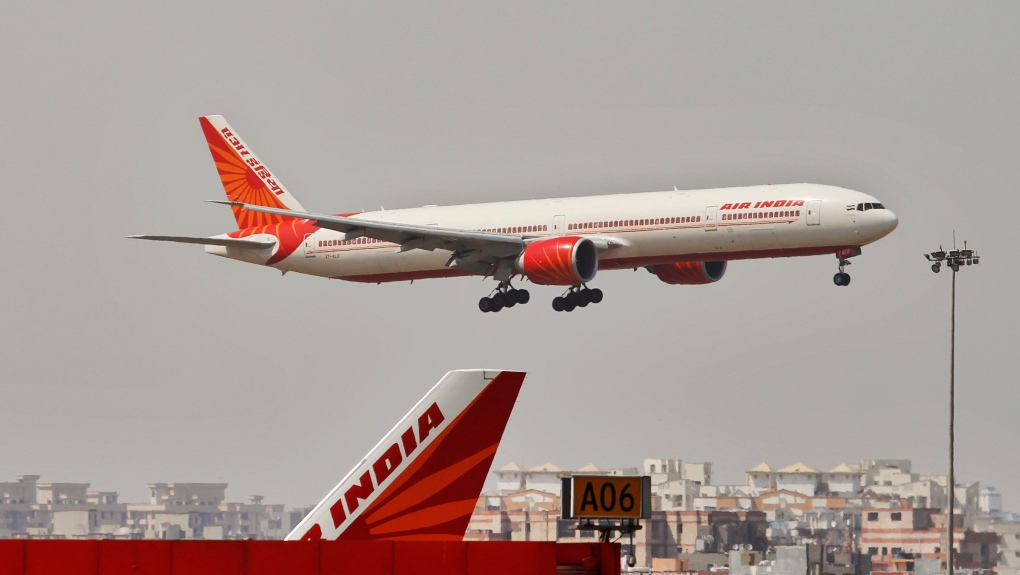 NEW DELHI, INDIA -- India said Monday it plans to sell its entire 100 per cent stake in the national carrier Air India to shore up falling government revenues amid an economic slowdown, after an initial attempt last year failed to attract a single bidder.

The government issued a document on Monday inviting initial expressions of interest in the airline, which operates both domestic and international routes and has accumulated huge losses in the past decade.

The document set March 17 as the deadline for submissions and said the bidders would have to absorb 232 billion rupees ($3.26 billion) of the airline's 580 billion rupee ($8 billion) debt burden.

The government previously had offered only 76% of its stake for sale, a major roadblock for many potential investors.

Puri told reporters in New Delhi that Air India as a brand will continue to fly but it needs to be privatized.

Successful bidders will also get 50% of Air India SATS, a joint venture between the national carrier and Singapore Airlines which provides cargo and ground handling services at major Indian airports.

Prime Minister Narendra Modi is moving to privatize various state-owned enterprises to help repair government finances and give the economy a boost. Growth slowed to a 4.5% annual pace in the July-September quarter, its slowest rate since mid-2018.

Last week, the International Monetary Fund downgraded its economic growth forecast for India and said the country's slowing growth was the single biggest drag on its global growth forecast in the past two years.

Modi's government has high hopes that foreign investors will participate in the Air India bidding. It wants to raise 1.05 trillion rupees ($14.6 billion) through the sale of public assets by March 2020.

Kapil Kaul, an aviation expert said the latest offer could attract a better response from investors because the government is finally looking to sell Air India off completely.

"It's an attractive offer," Kaul said.

Air India's employee base of more than 19,000 employees do have a big stake in the plan, experts said.

Air India carried 18.36 million domestic passengers in 2019 and has suffered from overly bureaucratic management and political interference as privately-owned low-cost airlines have gained market share. It started as a mail carrier in 1932 before gaining commercial popularity and has been incurring losses since its 2007 merger with another state-owned domestic carrier, Indian Airlines.

The new owner will be taking on a fleet of 121 Air India aircraft and 25 planes in the Air India Express fleet.

The other Indian carriers that have failed are Air Costa, Air Odisha and Air Pegasus.