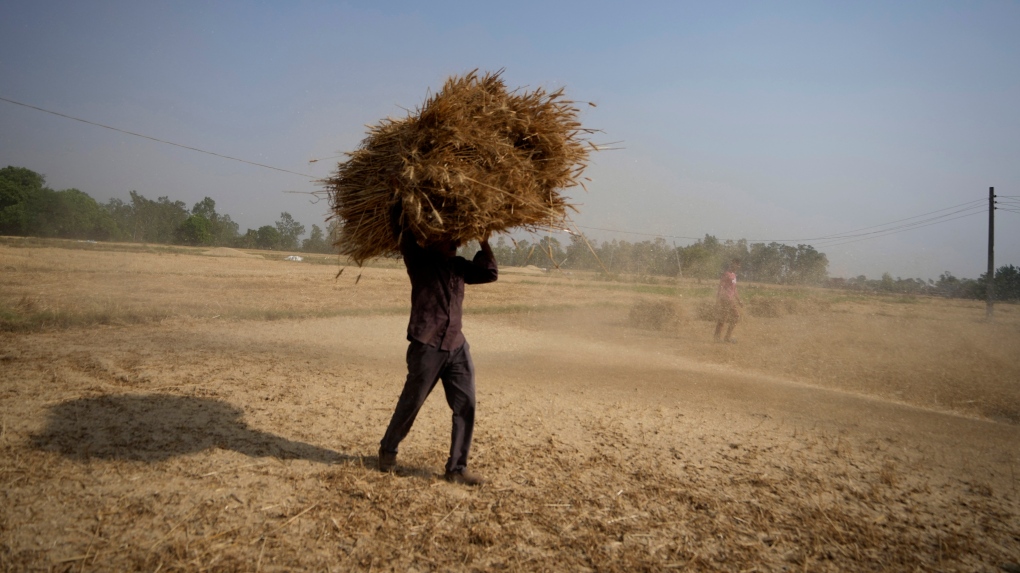 India has banned exports of wheat effective immediately, citing a risk to its food security, partly due to the war in Ukraine.

A notice in the government gazette by the Directorate of Foreign Trade, dated Friday, said a spike in global prices for wheat was threatening the food security of India and neighboring and vulnerable countries.

A key aim is to control rising domestic prices. Global wheat prices have risen by more than 40% since the beginning of the year.

Before the war, Ukraine and Russia accounted for a third of global wheat and barley exports. Since Russia's Feb. 24 invasion, Ukraine's ports have been blocked and civilian infrastructure and grain silos have been destroyed.

At the same time, India's own wheat harvest has suffered from a record-shattering heat wave that is stunting production.

Even though it is the world's second-largest producer of wheat, India consumes most of the wheat it produces. It had set a goal of exporting 10 million tons of the grain in 2022-23, looking to capitalize on the global disruptions to wheat supplies from the war and find new markets for its wheat in Europe, Africa and Asia.

Much of that would have gone to other developing countries such as Indonesia, the Philippines and Thailand.

Apart from problems with weather hurting harvests, India's own vast stocks of wheat -- a buffer against famine -- have been strained by distribution of free grain during the pandemic to some 800 million people.

To balance supply and demand, the government needs about 25 million tons (27.5 million U.S. tons) of wheat each year for an extensive food welfare program that usually feeds more than 80 million people.

Do you have any questions about the attack on Ukraine? Email dotcom@bellmedia.ca.