In Robinhood's stock debut, a tumble and then sharp swings 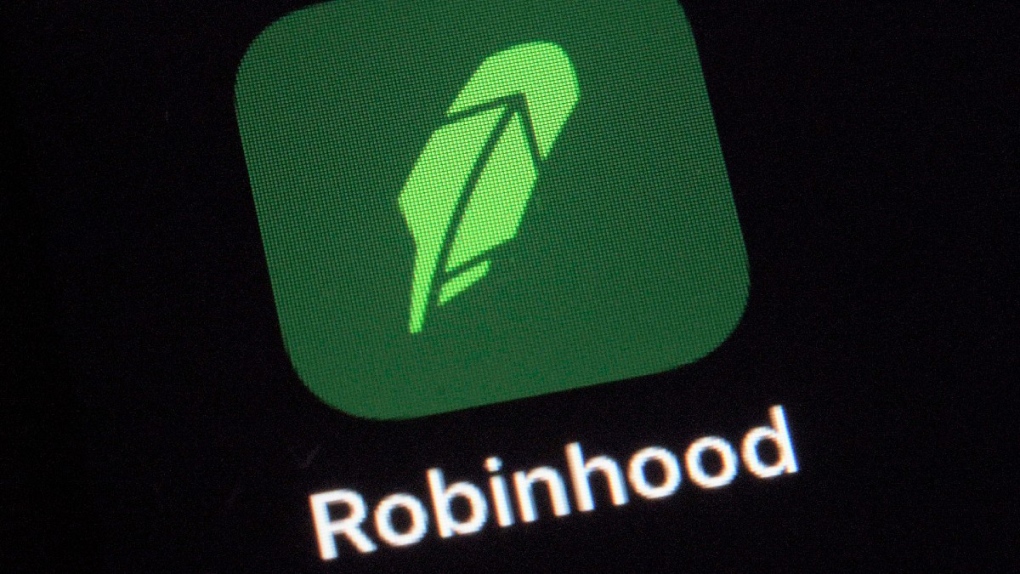 NEW YORK -- Wall Street gave Robinhood a cool reception Thursday in the online broker's debut in the stock market that it helped reshape by bringing millions of new investors.

Shares of Robinhood Markets Inc. slumped 8.4% in their first day of trading on the Nasdaq from their initial price of $38 set late Wednesday. It was a disappointing performance after the offering was already priced at the low end of its expected range.

At that price, the company is valued at roughly $29 billion, similar to companies like supermarket chain Kroger and steelmaker Nucor, though its heft on the pop-culture landscape may be even weightier.

Robinhood has created plenty of passion, among users and critics alike, and that polarizing effect played out Thursday, with its shares careened from a gain of 5.9% to a loss of 12.2% within their first hour of trading.

The moves were particularly sharp for some of Robinhood's customers who bought the stock. Before it began trading, the company reserved a big chunk of its IPO for its own smaller-pocketed customers instead of big professional firms, part of its mission to “democratize finance.”

“I expected a pop,” said Jeffrey Colindres-Soto, a 26-year-old from Miami who bought the stock after it began trading. “But once it started dipping the way it did, I think a lot of people just started to leave because they already knew that was the sell-off right there.”

Now that Robinhood's stock is trading on the Nasdaq, its performance gives a real-time look at the market's judgment of the company's prospects. The company is already delivering the strong growth that Wall Street is always hungry for: Its revenue soared 245% last year to $959 million.

It has amassed an estimated 22.5 million funded accounts since its 2013 founding, after it did away with trading fees and made investing easier, and even fun, with its mobile app. More than half its customers are first-time investors, giving them more ability to keep up with the stock-holding, wealthier households that had been pulling away for years.

But Robinhood has also drawn heaps of criticism, and it has paid more than $130 million in recent years to settle a list of accusations by regulators. Critics say Robinhood encourages unsophisticated investors to make trades too often that may be too risky, and the regulatory scrutiny is likely to stay high.

“These settlements they've made, a lot of it is lack of controls, lack of disclosure,” said Josh White, a finance professor at Vanderbilt University and a former economist at the Securities and Exchange Commission. “As they grow, can they invest in the platform to be viewed as on the side of these retail investors?”

Some users are still angry at Robinhood after it and other brokers temporarily locked them out of trading GameStop shares earlier this year, when hordes of smaller-pocketed investors were pushing the stock up in part to spite the monied elite on Wall Street.

Questions also remain about whether regulators may tighten oversight of its main money maker. That's routing its customers' orders to big Wall Street trading firms, which pay Robinhood to take the other side of the trade.

Beyond that, Robinhood stands to lose if the boom in trading it's helped create among regular people fades.

Such worries were among the reasons for Robinhood's Thursday drop, a notable move when most IPOs get an initial pop. Over the last decade, only 17% of IPOs bigger than $1 billion saw the share price fall on their first day, said Matt Kennedy, senior strategist at Renaissance Capital, a provider of pre-IPO research.

The worries started early in the day for Sandra Marvel, a 49-year-old investor from Raymore, Missouri, who planned to buy shares until she saw they priced at the low end of their expected range and then initially fell.

“I completely abandoned my plan,” she said. “It doesn't look good. I think there are a lot better trades out there.”

Marvel, who left her job in insurance sales last year to trade stocks full time, has been using Robinhood since 2018.

Even some fans who bought the stock did so with reservations. William Van Horn II, a 30-year-old who works in commercial real estate in Pensacola, Florida, said he uses Robinhood for almost all his trading because it's so much easier to use than other apps while he's traveling between sites for work.

He said he bought shares Thursday, but he's aware of the criticism Robinhood gets for its customer service. He said he himself lost out on thousands of dollars due to outages of its service early last year.

“I understand the bad of it, but I'm also a true believer of it,” he said. “Do you go with your heart or with your logic that there are so many problems?”

Robinhood, which is based in Menlo Park, California, has big plans for growth in the future, continuing its evolution since launching as a stock trading app only for iPhones.

“Over time, we want to be the single money app, the most trusted and most culturally relevant money app worldwide,” CEO Vlad Tenev said in an interview. “So, everything that you use your money for, you should be able to do through Robinhood.”

Among them, he said, were direct deposits of paychecks and paying bills online.

He also pushed back on criticism that Robinhood is making the stock market a casino by encouraging its customers to trade more often.

“I think it's a big, big mischaracterization because if you look at it, the stock market has been one of the greatest wealth creation tools,” he said. “We should be encouraging access to it and not denigrating people that are able to use it. So in a sense, you're hearing when wealthier customers are engaging in the stock market, it's investing. But when the rest of us are accessing the stock market, it's gambling.”

Robinhood itself raised nearly $1.9 billion in the deal, which it plans to use to expand and to help pay for expected tax obligations.

Despite Thursday's drop, some investors remain undeterred, taking a long-term perspective. Allen Tran, a 23-year-old in New York, said he doesn't plan to sell any of the shares he bought for $38 that Robinhood reserved for its customers.

“I have zero anticipation of selling in the next two, three, five years, so I have no reason to really care about the price,” he said.