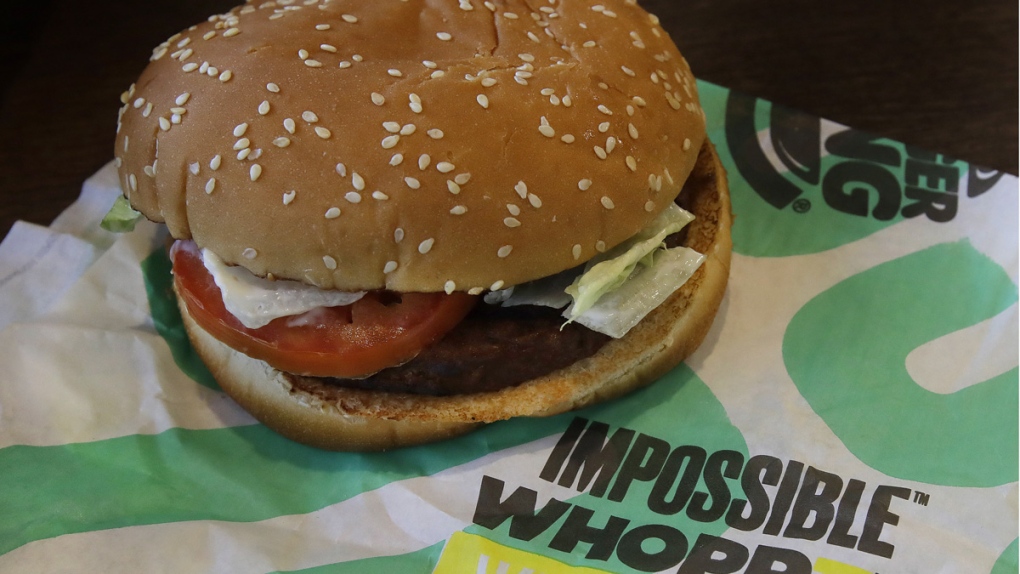 An Impossible Whopper burger is photographed at a Burger King restaurant in Alameda, Calif., on July 31, 2019. (Ben Margot / AP)

MIAMI -- Burger King will begin selling the plant-based Impossible Whopper nationwide across the U.S. next week after a successful run in six regions.

The rollout to 7,000 U.S. locations will be for a limited time, a typical practice in the fast food industry for new products. The chain won't say how many of the burgers it's sold since first introducing them in April, but did say it's enticing more people to enter its stores.

Impossible Foods, the company that makes the burgers for Burger King and White Castle, is struggling to meet surging demand. On Thursday it announced a new partnership with OSI, one of the world's largest food producers.

Impossible Foods has doubled the workers at its plant and produced a record number of burgers in June, but demand is still outpacing production.