Ikea to phase out single-use plastic by 2020 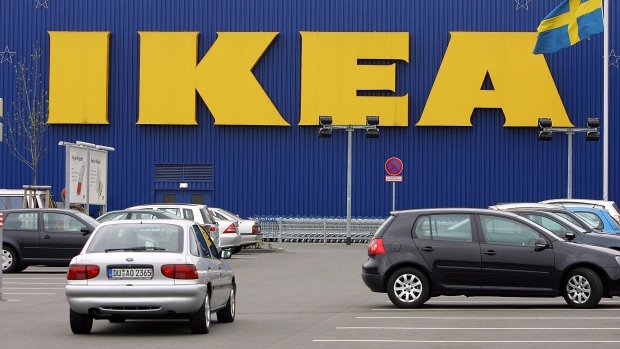 Ikea has promised to eliminate single-use plastic items from its home furnishings and food service operations by 2020.

It will also be phasing out the use of disposable plastic in their in-store restaurants.

“We want to help our customers to live a more sustainable life and make them feel like they are making a difference. That’s the core of our business,” Brendan Seale, Head of Sustainability at IKEA Canada told CTVNews.ca.

Minister of Environment and Climate Change Catherine McKenna, a major advocate for eliminating plastics, tweeted her approval for the company’s initiative.

These changes are expected to take full effect in 29 countries, including all Canadian locations, by the end of 2019, though Seale says Ikea is going to make it happen “as soon as possible.”

Earlier this month, the company released a newly revamped People & Plant Positive sustainability strategy, which promised zero-emission electric delivery vehicles by 2025 and entirely recycled or renewable packaging by 2030. Seale says that Ikea is aiming to become a “circular” business that is “just maximizing the value and usefulness of materials.”

“What we are talking about here is a transformation of our business,” said Seale.

Plastics waste has become a growing focus for environmental activism. This month, National Geographic released a special issue about the global plastics crisis and highlighted that the world has produced 6.9 billion tons of plastic waste since 1950, 91 per cent of which was never recycled.

According to the Conference Board of Canada, Canadians produce more garbage per capita than any other developed country. Canada has made plastic reduction a key priority for this week’s G7, following British Prime Minister Theresa May’s move to ban single-use items like plastic straws and cotton swabs in the U.K.

“I think it’s fantastic when things like this coming to public consciousness,” said Seale. “This is something we will tackle as a society together if we decide it’s important.”