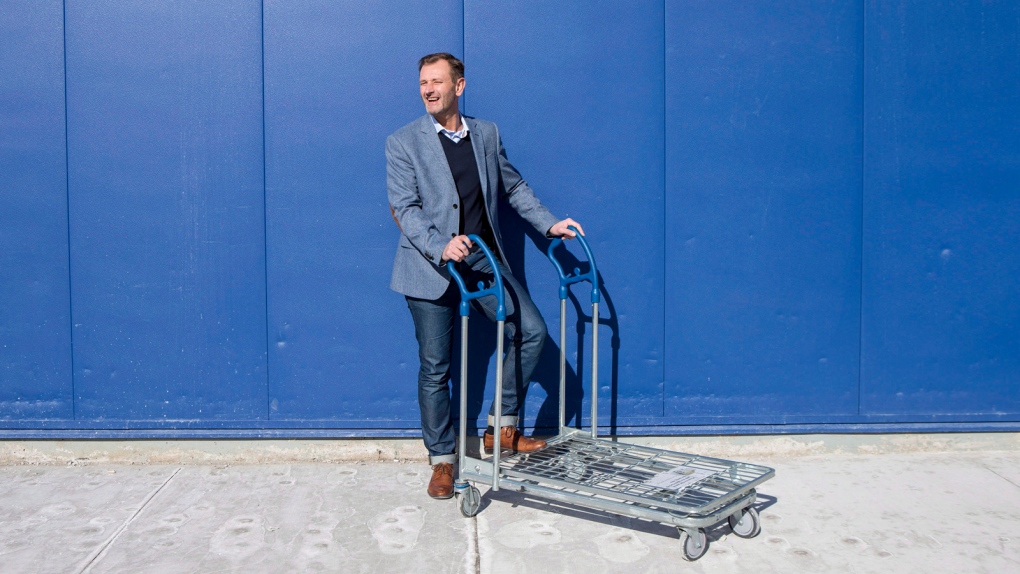 Ikea Canada has become the latest retailer to position itself on the green side of motoring, announcing Thursday that it is installing free charging stations for electric vehicles at all of its stores in Canada.

The global home furnishing retailer is partnering with Sun Country Highway to install two 60-amp charging stations at each of its 12 locations across the country. Ikea already offers the service in 18 other countries.

Chantal Guimont of Electric Mobility Canada said the decision further expands the number of charging stations across the country and gives drivers another option for topping up their batteries when they're on the road.

"The business case question is going to come further down the road when there's going to be more electric vehicle drivers," she said in an interview.

As it is, there are only about 12,000 electric vehicles on Canadian roads, a small fraction of the 1.8 million trucks and cars sold last year in Canada.

But Hydro-Quebec, for one, expects strong growth in the next few years as more affordable EVs that can travel 350 kilometres on a single change hit the market -- the kind of range currently offered by the high-end Tesla.

From a business perspective, the utility argues that charging stations encourage drivers to target their spending where they can plug in their car.

"If you stop off at the grocery store for an hour, you have time to get another 40 km and it can make the difference," said France Lampron, the utility's director of transportation and electrification.

Quebec is Canada's largest electric vehicle market with about half of all cars, followed by British Columbia and Ontario.

There are more than 2,500 public charging stations in Canada, including at least 600 in Quebec, according to the Canadian Auto Club, which has an app and website that lists them all.

Hydro-Quebec's Electric Circuit is the largest with 421 stations across the province, including 174 at 28 businesses.

Among them are home renovation chain Rona, grocer Metro and restaurant St. Hubert. Jean Coutu is adding at least 10 stations at its new distribution centre being built outside Montreal.

Rona has 21 stations at its head office and 10 stores in Quebec but has no plans to expand its network. The retailer said it doesn't know if the charge stations increase sales, adding the initiative was part of its commitment to sustainable development and another tool to reduce its environmental footprint.

Hotels are the largest provider of public charging stations, with Fairmont, Best Western and Marriott among those that offer hookups for guests.

Fairmont spokesman Mike Taylor said its effort is mainly designed to raise environmental awareness but can "encourage loyalty and help drive positive public perception of the brand and our hotels."

"It's really about doing and not just talking...(and) it's a very inexpensive way to attract people to your business," he said, noting the $1,000 to $2,000 installation fee.