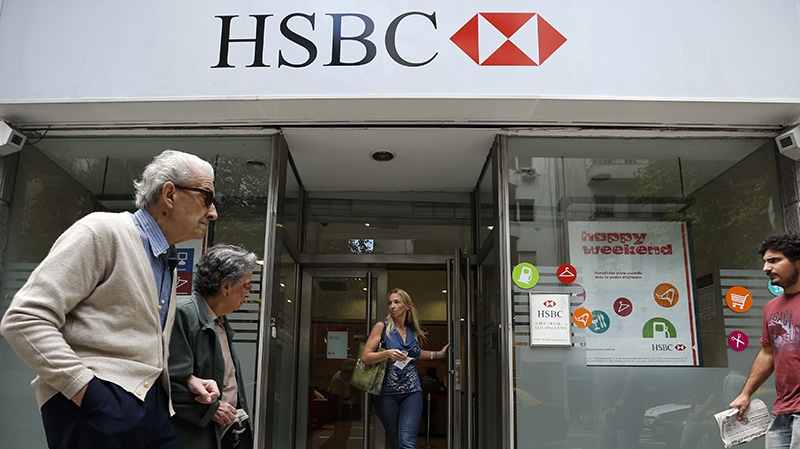 LONDON -- Bank HSBC on Monday announced the surprise departure of CEO John Flint after just 18 months, saying new leadership was needed amid increasing economic uncertainty, and that it was cutting some 4,000 jobs to reduce costs.

London-based HSBC Holdings said Flint stepped down by mutual agreement. Noel Quinn, the chief executive of global commercial banking, will serve as interim CEO while the bank looks for a permanent replacement.

Flint, 51, spent almost 30 years at the bank before he became CEO with the promise to "continue to innovate and accelerate the pace of change" needed to meet the demands of shareholders and customers. HSBC shares have fallen almost 14% since Flint took over, compared with a less than 1% drop in the FTSE 100 Index.

The bank on Monday reported second quarter profits of $4.4 billion, up 7% compared with the same period last year, but it warned that "geopolitical issues could impact a significant number of our major markets." Economic growth is expected to slow in the U.S. and China amid a trade war between the world's two biggest economies. Asia accounts for 80% of HSBC's profits. And Britain is preparing to leave the European Union on Oct. 31, raising uncertainty for the London-based business.

HSBC confirmed that on top of the leadership reshuffle, it plans to cut 4,000 jobs globally, or around 2% of its total workforce.

"With macroeconomic and geopolitical headwinds mounting, the HSBC board could be looking for more radical reform," Nicholas Hyett, an analyst at Hargreaves Lansdown, said in a note to investors. "What that will look like remains to be seen."

HSBC has sought to boost earnings by streamlining operations, cutting costs and increasing its focus on fast-growing Asian economies.

Chairman Mark Tucker said that while the bank is in a strong position to deliver on strategy, a change of leadership is necessary.

"In the increasingly complex and challenging global environment in which the bank operates, the board believes a change is needed to meet the challenges that we face and to capture the very significant opportunities before us," he said.

Flint will be available to assist in the transition, HSBC said.

In the latest round of the trade dispute between the U.S. and China, President Donald Trump last week announced plans to impose a 10% tariff on an additional $300 billion of imports from China.

Joe McDonald in Beijing contributed to this report.