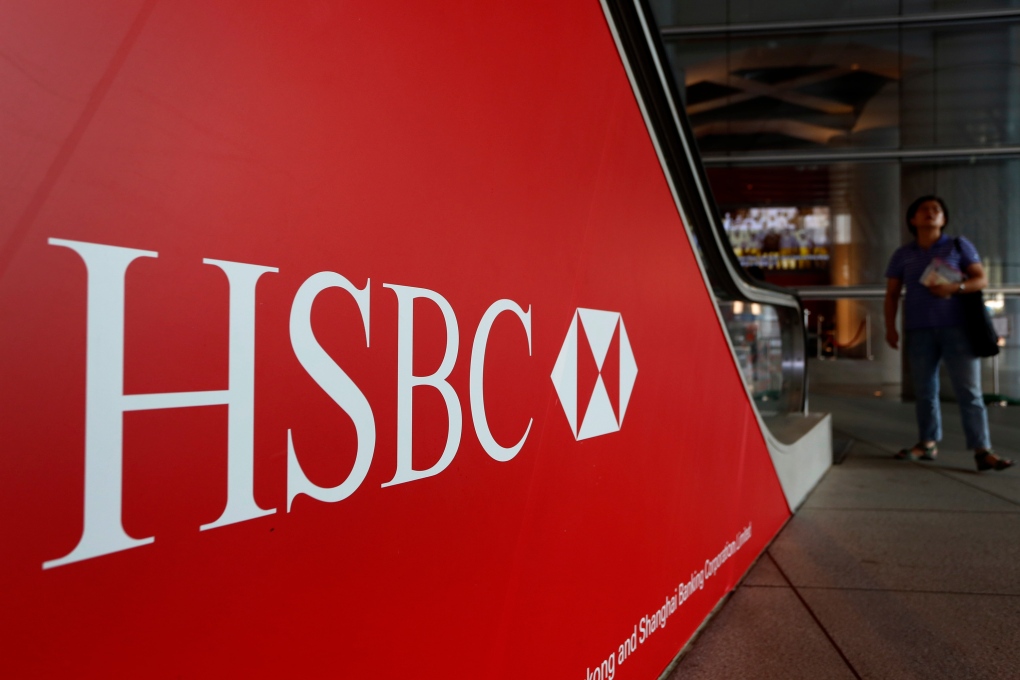 People walk past a logo of the HSBC headquarters in Hong Kong in this July 2012 file photo. (AP Photo/Vincent Yu)
TORONTO -

HSBC Bank Canada is up for a potential sale as global banking giant HSBC Holdings Plc faces pressure to shake up operations from its largest shareholder.

"We are currently reviewing our strategic options with respect to our wholly owned subsidiary in Canada," Gillian James, senior media relations manager at HSBC, wrote in an email.

"The review is at an early stage and no decisions have been made."

The news has generated "a lot of excitement" he said in an analyst note.

"Considering the rare opportunity to acquire a large Canadian lending institution, we believe every Big-6 bank would evaluate this asset."

HSBC Canada's division has a large commercial banking business, which made up about two-thirds of the $490 million in profit before taxes it pulled in for the first half of 2022.

The bank, while one of HSBC's smaller foreign subsidiaries, was the third largest contributor to HSBC's commercial banking profits in 2021 to make it a "disproportionately profitable business," Dechaine said.

While all of Canada's big banks would likely take a look, he said Royal Bank was the leading candidate as it has the scale to take on what could a more than $10-billion takeover.

Dechaine noted TD Bank Group and BMO are already in the midst of multibillion-dollar takeovers in the U.S., making them less likely to be potential buyers.

Another foreign bank buying the division looks unlikely as European and U.S. banks have had a track record of leaving Canada, while a Chinese buyer would face regulatory challenges, he added.

HSBC has been winding down its exposure in North America. Last year, the bank sold off its U.S. mass market retail division, cutting its branches in the country from 148 to 58.

HSBC Canada has more than 130 branches, with a concentration in British Columbia. Since the bank first established itself in Canada in 1981 it has snapped up more than a dozen banks and trusts in Canada to grow to its current size.

In its latest quarterly filings, HSBC said the Canadian division was helpful as it could leverage its footprint across all key trade corridors.

This report by The Canadian Press was first published Oct.4, 2022.