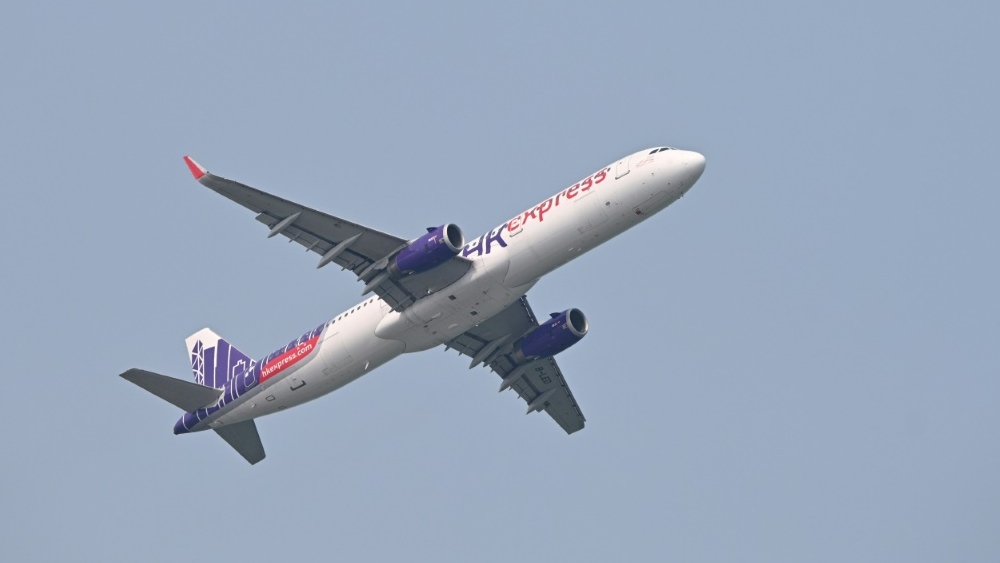 Hong Kong Express apologized and said the practice had been suspended. AFP

HONG KONG, CHINA -- A Hong Kong airline forced a Japanese woman to take a pregnancy test before allowing her on a flight to a Pacific island popular with mothers seeking U.S. citizenship for their babies.

Midori Nishida, 25, was escorted to a public toilet at Hong Kong airport and told to urinate on a strip in November before being granted permission to board her Hong Kong Express flight to the US territory of Saipan.

She had declared in a questionnaire at check-in that she was not pregnant but airline staff nevertheless requested she undergo a "fit-to-fly" assessment designed for women with a body size or shape resembling a pregnant woman.

The test result came up negative.

"It was very humiliating and frustrating," Nishida told the Wall Street Journal.

She grew up on Saipan and her family have lived on the island for more than 20 years.

The airline apologised to Nishida and said the practice had been discontinued when contacted by AFP.

"We have immediately suspended the practice while we review it. We'd like to apologise for the distress caused," the airline said in a statement.

Hong Kong Express said it had taken "action on flights to Saipan from February 2019 to help ensure U.S. immigration laws were not being undermined", in response to concerns raised by the island's authorities.

"We recognize the significant concerns this practice has caused," it said.

Saipan is a popular destination for women wanting to give birth on US soil to secure American citizenship for their child.

In 2018 nearly 600 babies were born to tourists in the Northern Mariana Islands, which sit just north of Guam, also a U.S. territory -- a figure greater than the number of babies born to locals.

According to data from local health authorities, 575 Chinese visitors gave birth there that year.

The influx followed the introduction in 2009 of a visa-waiver programme to attract Chinese holidaymakers, a scheme that made the islands the only US territory where Chinese citizens enjoy visa-free entry.

But in recent years Saipan has stepped up measures to curb birth tourism by requiring airlines to carry out screenings.