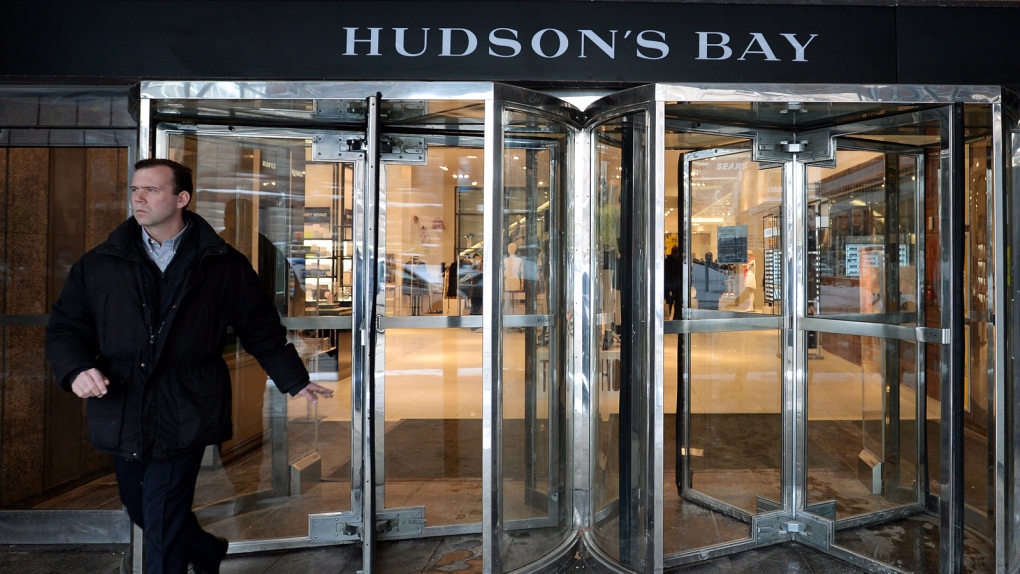 TORONTO -- Shares in Hudson's Bay Co. jumped nearly 10 per cent in Monday trading after a deal that appeared to put a months-long privatization battle to rest.

The lift came after a group led by HBC executive chairman Richard Baker boosted its privatization offer for the retailer to $11 per share late Friday night.

The amended offer won the approval of dissident shareholder Catalyst Capital Group Inc., which controls about 17.5 per cent of the company's common shares. The minority shareholder entered into a voting and support agreement with HBC and the continuing shareholders behind the privatization offer.

Catalyst is "pleased" to support this offer, which is "well above" the Baker-led group's first proposed price of $9.45 per share, said Gabriel de Alba, managing director and partner of Catalyst, in a statement released Friday.

The private equity investment firm had made several moves to block the Baker group, including a counter offer of $11 per share and a successful trip to the Ontario Securities Commission, which directed HBC and the Baker group to provide more information before holding a shareholder vote.

That vote is now expected to be held in February. For the Baker group to succeed, it will need to obtain at least 75 per cent of the votes cast by all shareholders and a simple majority of votes cast by minority shareholders, including Catalyst.

Catalyst said it has the right to withdraw its support under certain circumstances, including if HBC does not file its amended management information circular and mail it to shareholders by Feb. 14.

David Leith, chairman of a special committee of HBC's board of directors formed to review Baker's initial privatization bid and other offers, said he "would like to commend Catalyst on their constructive approach to getting a transaction agreed, which we believe is in the best interests of the company and minority shareholders."

Mark Petrie, a CIBC World Markets analyst, wrote in a note Monday that the amended deal and agreement with Catalyst "removes the final roadblock to the go-private transaction."

CIBC believes no competing bids are forthcoming and raised its price target for the company's shares from $10.25 to $11.

A potential roadblock remains in a lawsuit filed at the Ontario Superior Court in early December.

The suit attempts to block the privatization bid.

It alleges the offer is underpriced and that "the defendants have deliberately engaged in actions that have prevented a fair expression of HBC's market price through the deliberate timing of disclosures, misleading information and a structured bid that permits no competition," according to the document.

None of the claims has been proven in court.

A spokesperson for Ortelius said the firm is still proceeding with the litigation despite the development Friday.

A representative for the Baker-led group said in a statement that they "have no additional comment at this time."

This report by The Canadian Press was first published Jan. 6, 2020.