Greece urged to reach deal with creditors to avoid another crisis 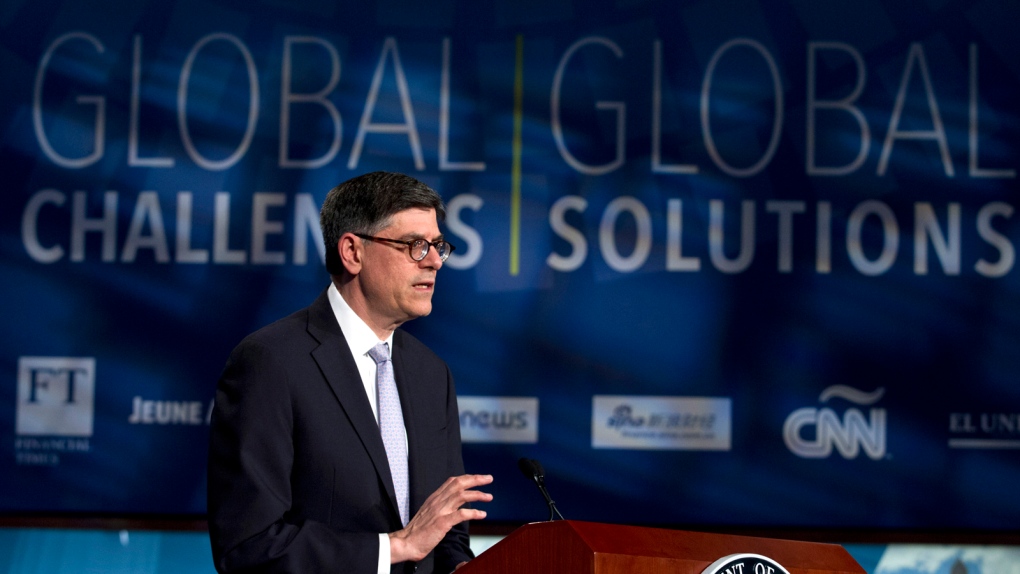 WASHINGTON -- U.S. Treasury Secretary Jacob Lew is urging Greece to reach a deal with its creditors, warning that a default would "create immediate hardship for Greece" and damage the world economy.

Greece is in negotiations with the International Monetary Fund and European authorities to receive the final 7.2 billion euro ($7.8 billion) installment of its financial bailout. Creditors are demanding that Greece produce credible reforms before releasing the money.

The country has relied on loans from the international community since 2010. Without more bailout money, Greece could miss two debt payments due to the IMF in May and run out of cash to pay government salaries and pensions.

"It's something that the European and global economies don't need -- to have another crisis," Lew told reporters Friday.

Fears that Greece could default and abandon the euro currency group sent shockwaves through global markets Friday. After being down nearly 360 points, the Dow Jones industrial average recovered a bit to finish down 279.47, a drop of 1.5 per cent.

Lew said he stressed in a series of one-on-one meetings, including discussions with Greek Finance Minister Yanis Varoufakis, that it was urgent that the debt negotiations be resolved quickly.

The status of the Greek debt talks was a prime topic on the sidelines at the spring meetings of the 188-nation International Monetary Fund and its sister lending organization, the World Bank. Those meetings were scheduled to conclude Saturday with financial officials addressing a variety of issues -- from the weak global economy to a stalled effort to overhaul IMF voting procedures.

The negotiations over Greece's debt have proved contentious. Greek officials said they planned to meet with creditors Saturday in a search for "common ground."

"We have wasted very precious time over the last three or four weeks," de Guindos said in an interview with The Associated Press. "The communication of the Greek government has not been great. They have not made a lot of friends," he said, while adding, "I expect and I hope that the communication will improve."

Greece wasn't the only country that drew criticism at the finance meetings: China and Japan complained that the United States has still not approved the legislation needed to put into effect IMF reforms that have been stalled for the past five years. The reforms would boost the IMF's resources to deal with financial crises and increase the voting power of fast-emerging economies such as China, Brazil and India.

Lew said he had assured his fellow finance ministers that the Obama administration still believed it would soon overcome objections from Republican lawmakers and win congressional approval for the IMF reforms. The United States is the IMF's largest shareholder and congressional approval is the last hurdle to putting the reforms into effect.

Growing frustration has caused other major countries to examine alternatives to break the stalemate in ways that might reduce America's global influence.

Japanese Finance Minister Taro Aso, speaking to reporters after the G-20 meeting, noted the growing dissatisfaction: "There are other camps who are saying we can leave the U.S. behind and do something else. However, there's a voting power being held by the United States, so it's not realistic to think about other ways."

As the largest shareholder, the United States is the only country that can veto key IMF actions.