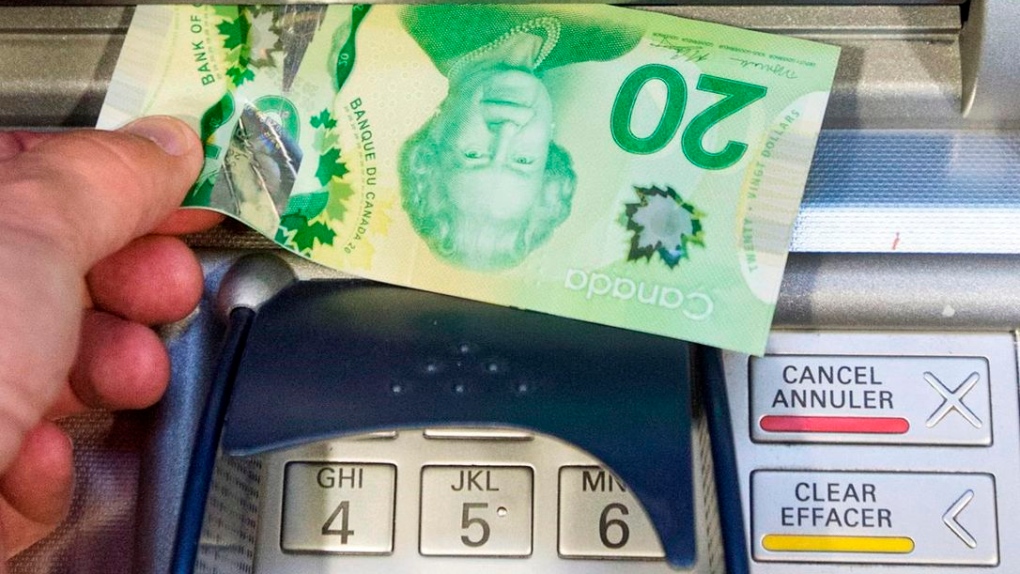 Money is removed from a bank machine in Montreal, Monday, May 30, 2016. Ryan Remiorz / THE CANADIAN PRESS

TORONTO -- A government working group on so-called open banking recommends that a regulated system for sharing personal financial data with third parties like robo-advisors and budgeting apps be put in place by 2023.

The report released Wednesday by the Advisory Committee on Open Banking said that the timeline is "ambitious" but that it's important to roll out a system quickly because technology has outstripped regulation in a rapidly changing financial services industry.

More than four million Canadians already use some form of open banking -- which involves granting third-parties such as financial technology companies access to bank data -- but that some current practices create security and liability risks.

Most third-party apps currently ask a user to input the username and password they use to access their bank account online. In the open banking report, the advisory group says allowing third-party access to banking usernames and passwords may violate service agreements and result in consumers unknowingly bearing the risk of loss.

In order to make the 2023 timeline achievable, the report proposes that third parties be allowed to access. but not change, financial data under initial regulations. The system could then be expanded in the future to allow third parties to complete tasks like payments and account creation.

Minister of Finance Chrystia Freeland welcomed the report, saying in a statement that she looks forward to reviewing the recommendations.

"Working towards a regulated, made-in-Canada system will make sure that we continue to enjoy a strong, stable; and innovative financial sector," she said.

Patrick Searle, director of cyber initiatives at the Council of Canadian Innovators, said in a statement that he hopes the government moves quickly in reviewing the recommendations.

"To date, Canada has been slow to roll out a regime for open banking and has fallen behind other jurisdictions in introducing an agile regulatory framework that allows new entrants and new technologies to safely and securely enter the regulated sector," said Searle.

"The last federal budget contained zero references to this important policy initiative of the government."

The report recommends that all federally regulated banks be required to participate, while it would be optional for provincially-regulated institutions such as credit unions.

It says small and medium businesses should also be given initial access along with consumers.

The committee also recommends the government appoint someone responsible for further consultations and seeing the system through a set timeline.

The advisory committee first launched a review of the merits of open banking in 2018 at the request of the Minister of Finance, while this second, more in-depth review was launched in January 2020.

This report by The Canadian Press was first published August 4, 2021.