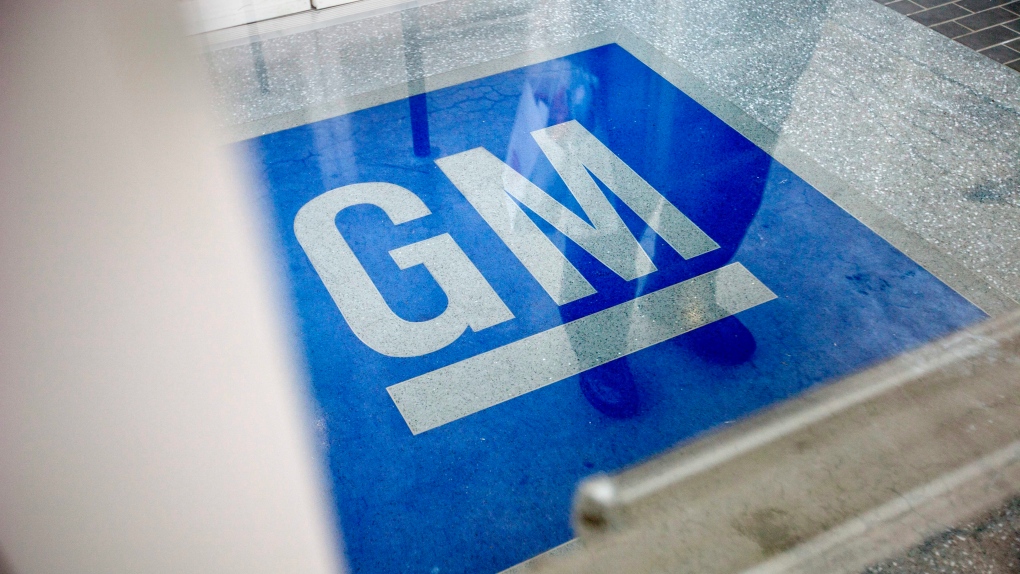 The logo for General Motors decorates the entrance at the site of a GM information technology center in Roswell, Ga. (AP Photo/David Goldman, File)

Despite the shortage, GM stuck with full-year pretax earnings guidance of $10 billion to $11 billion issued earlier in the year and said earnings would be at the high end of the range. Full-year net income is expected to be between $6.8 billion and $7.6 billion. The company predicts a strong first half with a pretax profit of around $5.5 billion.

GM executives wouldn't give specifics on how much production they expect to lose to the chip shortage. But CEO Mary Barra said purchasing, manufacturing, engineering and sales teams are working to divert the chips from cars and smaller SUVs to full-size pickup trucks, big SUVs and new electric vehicles.

“A lot of really good work is being done across our company to source semiconductors, allocate them across them our most in-demand and (factory) capacity-constrained products,” she said.

The company reiterated that the shortage would cost it $1.5 billion to $2 billion in earnings before taxes this year due to lost production. GM has been forced to cut production of some smaller vehicles with lower profit margins, such as the Chevrolet Equinox SUV.

“Is there an impact this year? Absolutely,” Barra said on a conference call with reporters. “But the team keeps working to minimize it.”

Edward Jones Senior Equity Analyst Jeff Windau said GM appears to be managing the chip shortage well, but he would like to see more specifics on how many vehicles it won't be able to produce. He said the company may have been trying to keep the focus off the shortage. “Some of the other peers have come out and expressed significant production cuts in the second quarter, and obviously the stock prices have been punished for that,” Windau said.

Barra said the worst impact of the shortage will take place in the current quarter, improving in the second half of the year.

Excluding non-recurring items, GM made $2.25 per share from January through March, doubling Wall Street estimates of $1.05. Revenue of $32.47 billion was below estimates of $33 billion according to FactSet.

The Detroit automaker reported pretax income for the first quarter at $4.4 billion.

During the quarter, the company said it was able to divert precious computer chips to higher-profit models such as full-size pickup trucks and SUVs, and that brought the higher income.

In the U.S., GM's most profitable market, sales rose 4% from January through March compared with a year ago. However, the first-quarter sales of 639,406 vehicles was the second-lowest level in the first quarter since 2015, and the figures were 4% below the same period in 2019, according to Cox automotive.

Still, demand was strong and inventories were low, allowing GM to reduce discounts and raise prices. GM's average sales price hit a record of $44,685, up 9% from a year ago, according to Cox figures.

Last week crosstown rival Ford Motor Co. said the worsening chip shortage would cut its production in half during the current quarter. he situation will improve in the second half, but Ford still will see production fall 10% over original plans. That means Ford won't be able to make up for any lost production this year.

Nearly all automakers are struggling with the chip shortage, caused by semiconductor makers switching their factories to more profitable consumer-electronics processors when auto plants closed due to the coronavirus last year. The auto factories came back faster than expected, but the chip makers didn't quickly switch their factories back to automotive-grade chips. Then a March fire wiped out much of the chip production at a factory in Japan that makes chips for vehicles.

Barra said that after the chip shortage ends, GM will not return to a business model with huge dealer inventories. Rather it will go to more of an order and fast-delivery model, which would save on costs and keep the company from being caught with too many vehicles in a downturn. “We won't over-build inventory,” she said.

Some dealers, she said, have sent her pictures of empty lots, so the inventory has to grow a little higher than it is today.

Also Wednesday, Barra said she expects there will be personal ownership of autonomous vehicles, and that GM's Cruise autonomous vehicle subsidiary is making progress toward starting a driverless ride-hailing service in San Francisco. “It's not years out,” she said. Cruise also expects to have up to 4,000 self-driving vehicles operating in Dubai by 2030, she said.