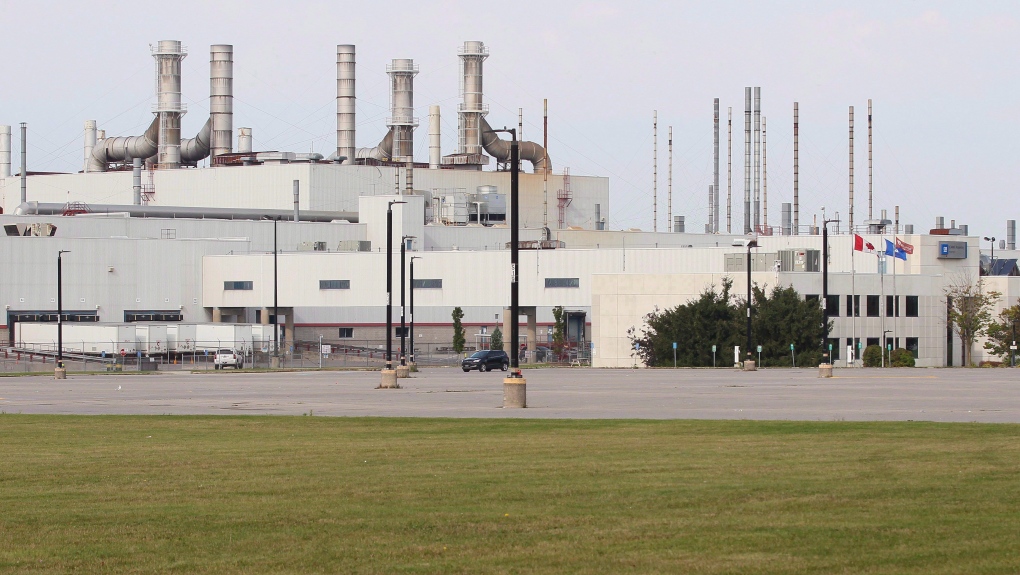 The GM CAMI assembly factory in Ingersoll, Ont., is shown in this file image from Monday, Sept. 18, 2017. THE CANADIAN PRESS/Dave Chidley

INGERSOLL, ONT. -- GM Canada says it has reached a tentative deal with Unifor that if ratified will see it invest $1 billion to transform its CAMI plant in Ingersoll, Ont., to make commercial electric vehicles.

Dias says in a statement that more details of the tentative deal will be presented to Unifor Local 88 members at an online ratification meeting scheduled for Sunday.

He says the results of the ratification vote are scheduled to be released on Monday.

Details of the agreement were not released Friday night.

A GM spokeswoman says in a statement that the plan is to build BrightDrop EV 600s -- an all-new GM business announced this week at the Consumer Electronics Show that will offer a cleaner way for delivery and logistics companies to move goods more efficiently.

Unifor said the contract, if ratified, will bring total investment negotiated by the union to nearly $6 billion after new agreements were ratified with General Motors, Ford and Fiat Chrysler in 2020 that included support from the federal and Ontario governments.

Unifor said in November, General Motors agreed to a $1.3 billion dollar investment to bring 1,700 jobs to Oshawa plus more than $109 million to in-source new transmission work for the Corvette and support continued V8 engine production in St. Catharines.

This report by The Canadian Press was first published Jan. 15, 2021