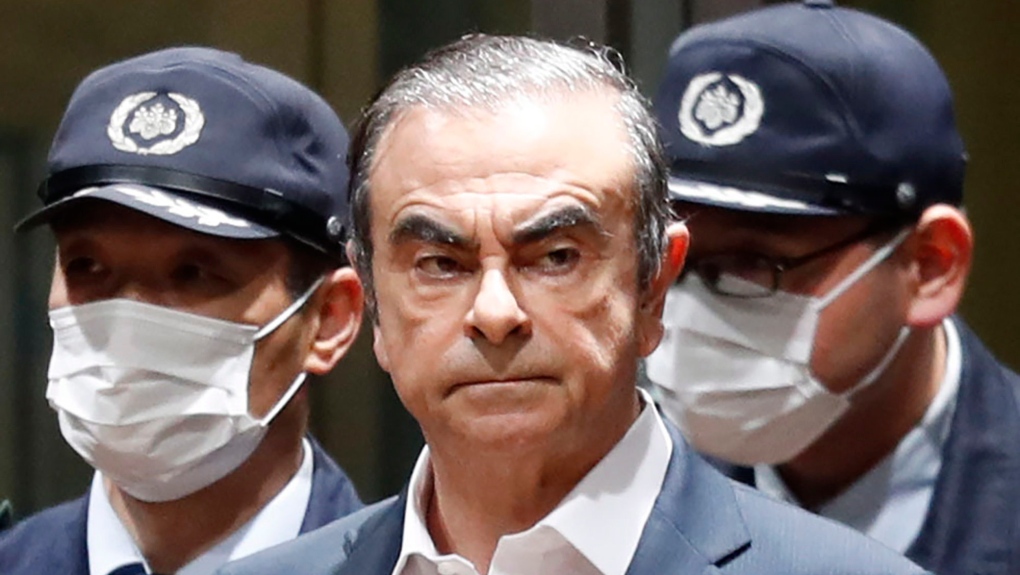 TOKYO -- A lawyer for Carlos Ghosn, Nissan's former chairman who skipped bail in Japan and fled to Lebanon, on Friday slammed a gaffe by the Japanese justice minister who said that Ghosn should "prove" his innocence.

Francois Zimeray said in a statement addressed to Justice Minister Masako Mori that her mistake reflected Japanese justice, which goes against the human rights principle of presumption of innocence.

Mori has apologized for the error and said she meant to say the suspect should "assert" innocence, not prove it.

"The presumption of innocence, respect of dignity and rights of defence have been essential components of what constitute a fair trial," he said.

"Japan is an admirable, modern, otherwise advanced country. It deserves better than an archaic system that holds innocent people hostage. The onus is on you to abolish it."

He stressed it is up to prosecution to prove guilt, not the other way around.

Ghosn, who was awaiting trial on financial misconduct charges, fled Tokyo and appeared in Beirut Dec. 30.

He is unlikely to face trial here as Lebanon does not extradite its citizens.

He reiterated in a news conference in Beirut this week that he was innocent and that he faced trumped up charges because Nissan Motor Co., prosecutors and Japanese officials sought to block a fuller merger between Nissan and alliance partner Renault SA of France.

Japan's conviction rate is higher than 99%, and human rights advocates have long questioned the fairness of its judicial system.

Ghosn has said it is rigged and unjust.

Japan's judiciary has come under the spotlight over Ghosn's case and his harsh words earlier this week about how he was treated in detention, stuck in solitary confinement and grilled by prosecutors without a lawyer present, as well his bail conditions that barred him from seeing his wife.

Mori has said Japan's system upholds human rights, provides a fair trial and has made for a low crime rate.

She accused Ghosn of "propagating both within Japan and internationally false information on Japan's legal system and its practice."

"That is absolutely intolerable," she said Thursday.