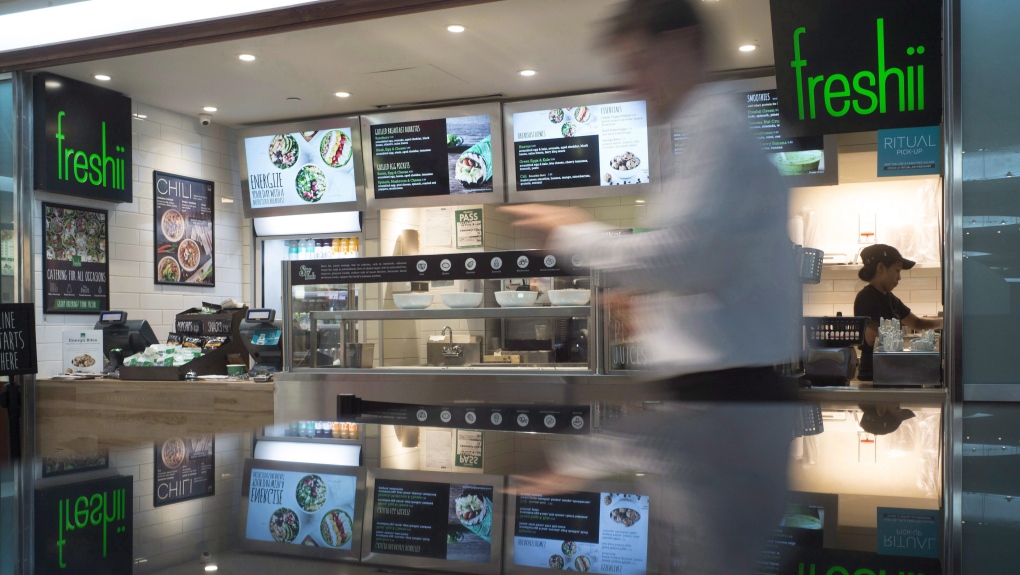 A man walks by a Freshii restaurant in Toronto on Tuesday, March 21, 2017. THE CANADIAN PRESS/Graeme Roy

TORONTO -- Freshii Inc. swung to a US$2.5-million loss in its first quarter as revenue fell 11 per cent from a year ago.

The Toronto-based chain of eateries says it lost eight cents per share for the period ended March 29, when 37 per cent of its locations were closed because of the pandemic.

Freshii, which reports in U.S. dollars, earned US$103,000 or zero cents per share in the same quarter a year earlier.

Excluding one-time items, Freshii lost US$1.21 million, compared with a profit of US$597,000 in the year-ago quarter.

This report by The Canadian Press was first published June 26, 2020

Companies in this story: (TSX:FRII).