Foxconn's giant factory in Wisconsin sounded too good to be true. Turns out it was 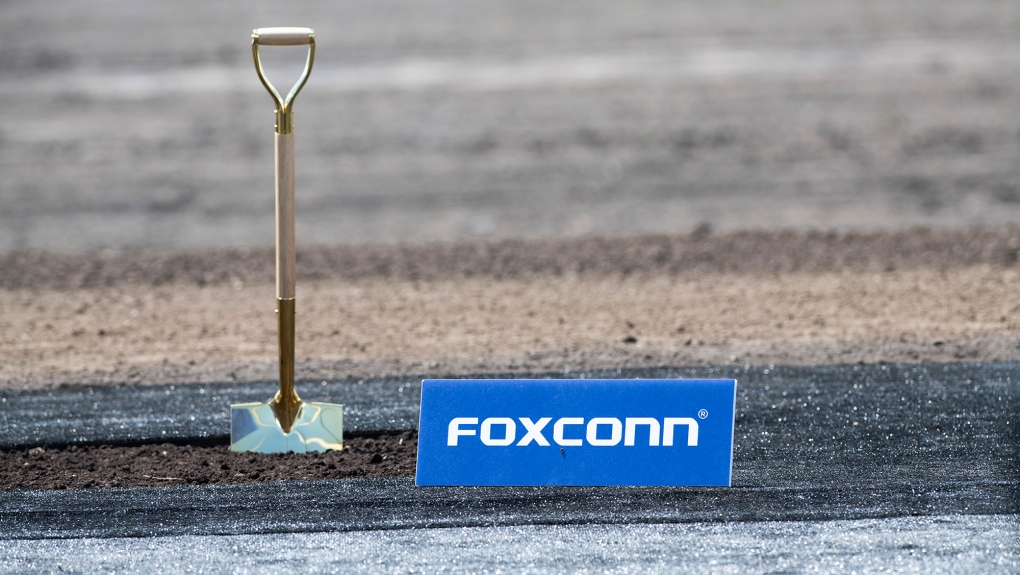 The Wisconsin Economic Development Corp. and the Taiwanese electronics maker signed a revised incentive deal outlining a $672 million investment from Foxconn that will create fewer than 1,500 jobs. The incentives package now totals only $80 million, less than 3% of the nearly $3 billion in tax breaks and other perks the state originally promised.

When first announced in 2017, Foxconn's plan to build a massive electronics factory in Wisconsin was hailed by then-U.S. President Donald Trump as a sign of the rebirth of American manufacturing.

But nearly four years later, the complex that promised to create a Silicon Valley in the industrial Midwest is essentially a white elephant, a collection of mostly empty buildings without any high-tech products to build.

And this week it became official: The pledged investment of up to US$10 billion to create as many as 13,000 jobs is not coming.

The Wisconsin Economic Development Corp. and the Taiwanese electronics maker signed a revised incentive deal outlining a $672 million investment from Foxconn that will create fewer than 1,500 jobs. The incentives package now totals only $80 million, less than 3% of the nearly $3 billion in tax breaks and other perks the state originally promised.

"When I ran to be governor, I made a promise to work with Foxconn to cut a better deal for our state," Gov. Tony Evers said on Tuesday. "The last deal didn't work for Wisconsin, and that doesn't work for me."

Evers, a Democrat, made opposition to the lucrative package one of the main issues of the 2018 campaign in which he defeated incumbent Gov. Scott Walker, a Republican and ally of President Trump.

The new deal is actually an improvement for Foxconn, which had risked getting nothing in state incentives after it dropped plans to build flat screens to be used in televisions and other products.

The original deal specified that Foxconn, which is known for manufacturing Apple iPhones and Amazon Echo Dots at massive plants in China, had to build the high-end monitors — in addition to making the investment and hitting hiring quotas — to qualify for the incentives.

The company said in a statement that it was grateful that the new deal "allows Foxconn, like other manufacturers in the state, to earn tax incentives based on job creation and capital investment regardless of the type of products and goods manufactured." Foxconn said its $672 million capital pledge still makes it "one of the largest economic development projects on the books" in the state.

Beyond the grandiose promises initially made about the plant — which Trump hailed as the "eighth wonder of the world" — the price tag of the original incentive deal was one of the concerns that attracted so much attention to the project.

"Conservatively, it was over $200,000 per job," said Tim Bartik, senior economist at the WE Upjohn Institute for Employment Research, a nonpartisan think tank that studied the original deal. "Typically for a new company, incentives are close to $50,000 per job. This new package is close to that."

Foxconn said it is looking at a number of possible uses for the property, including building digital health products and robotics using AI, semiconductors, 5G technologies and parts for electric vehicles. The firm also said the facility could benefit from the Biden administration's efforts to support the creation of more domestic sources of critical supplies such as computer chips and batteries for EVs.

During the early days of the pandemic, Foxconn made face masks and ventilators at the Wisconsin plant. But the company hasn't revealed how much of its 1.4 million square feet, spread across three buildings, is now being used. It says its plans are based on "current projections for digital infrastructure hardware products through 2025," but did not provide any specifics about those products. The company says it currently has "several hundred" employees at the property.

Evers did not immediately move to pull the plug on the state's incentive package when he took office in early 2019. Part of the reason is that the WEDC, which approved the package, is not directly under the governor's control. But early in his tenure, Evers went on record that it was "an unrealistic expectation" that 13,000 jobs would ever be created there, and that the deal should be renegotiated.

Foxconn kept insisting it would hire all the planned workers, but kept changing the plan for what they would be doing.

When a Foxconn executive suggested in early 2019 that the company would create a "technology hub" in Wisconsin rather than the promised flat screen factory, it prompted a call from Trump to Foxconn chairman Terry Gao, who quickly reversed course and promised the company was sticking with its original manufacturing plans.

Finally last fall the WEDC voted that Foxconn was ineligible to receive the earlier incentive package, citing the fact that the company no longer planned to build the promised flat screens. That decision paved the way for renewed negotiations and led to the new slimmed down agreement.