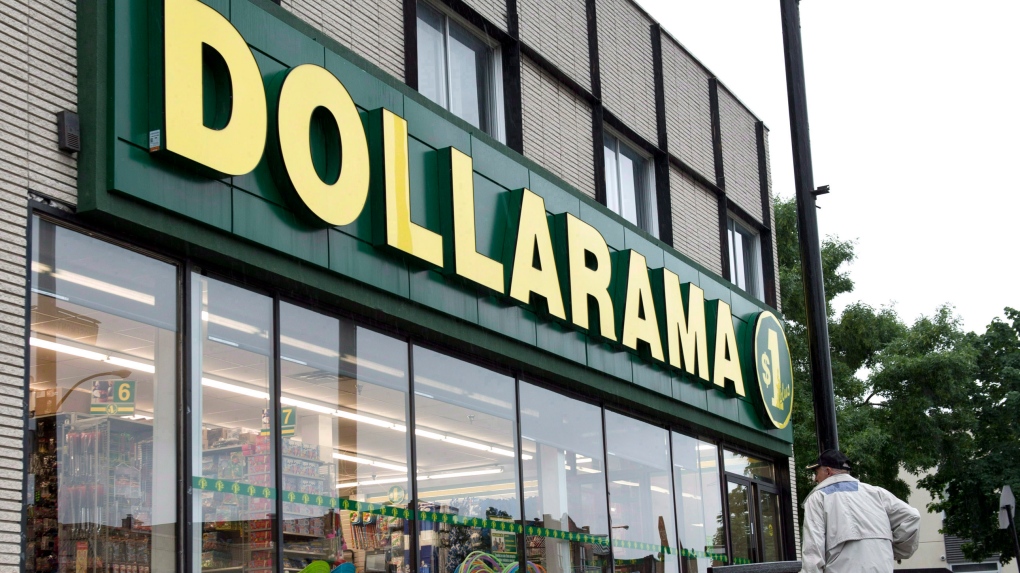 A Dollarama store is pictured in Montreal, June 11, 2013. (Paul Chiasson / THE CANADIAN PRESS)

MONTREAL -- Dollarama is taking the first steps towards accepting credit cards as it prepares to introduce higher priced items next year, with the discount retailer saying it will accept the cards at more than 80 stores in British Columbia starting in early 2016.

"What we're looking for is to improve the shopping experience of our customers while stimulating more sales to offset the costs," said chief financial officer Michael Ross.

He said the pilot project will help the company determine customer use of credit cards and whether it has a meaningful impact on sales.

Sales tend to be higher when payment methods other than cash are used, but that also increases the cost to the merchant, who usually must rebate a percentage to the bank or other card issuer.

Dollarama did not say which cards would be accepted at its outlets or specify the length of the pilot project.

The last credit card trial in 2010 ended after 12 months without any action. Payment with debit cards has steadily grown since Dollarama (TSX:DOL) began to accept them in 2008. Nearly 47 per cent of sales were paid with debit cards in the third quarter, up from 43.8 per cent a year ago.

Ross said a lot has changed since that first credit card trial.

British Columbia was selected for the pilot because it was far from its core markets in Central Canada and would be easier to deal with if the pilot project fails, CEO Larry Rossy said.

"I think we have better metrics to measure success today than we did in 2010 and I'm a little bit more confident today that it may work," he told analysts.

The move towards credit cards comes as Dollarama announced plans to introduce $3.50 and $4 items across its network of 1,005 stores in the second half of 2016.

The higher priced items are intended to help the company adjust to the impact of the weakening Canadian dollar. Rossy said the introduction of these items will be slow and won't affect food products, which will remained capped at $2.

"As the buyers continue to get used to the price points (and still) find great values, there will be a positive impact both to our customer shopping experience and to the overall basket (size of purchases)," said Neil Rossy, chief merchandising officer.

With a reduced share of items priced at $1 or less, Dollarama (TSX:DOL) has started using $1.25 as its new reference price.

The company beat analyst expectations as profits surged 37 per cent to $100.1 million from $73 million a year earlier. That translated into 78 cents per diluted share compared to 55 cents per share in the same quarter in 2014.

Sales grew 13 per cent to $664.5 million, in part because of a 6.4 per cent growth at established locations plus the addition of 77 stores, including 16 in the third quarter.

Analysts had expected Dollarama to earn 70 cents per share on $663.9 million of sales, according to analysts polled by Thomson Reuters.