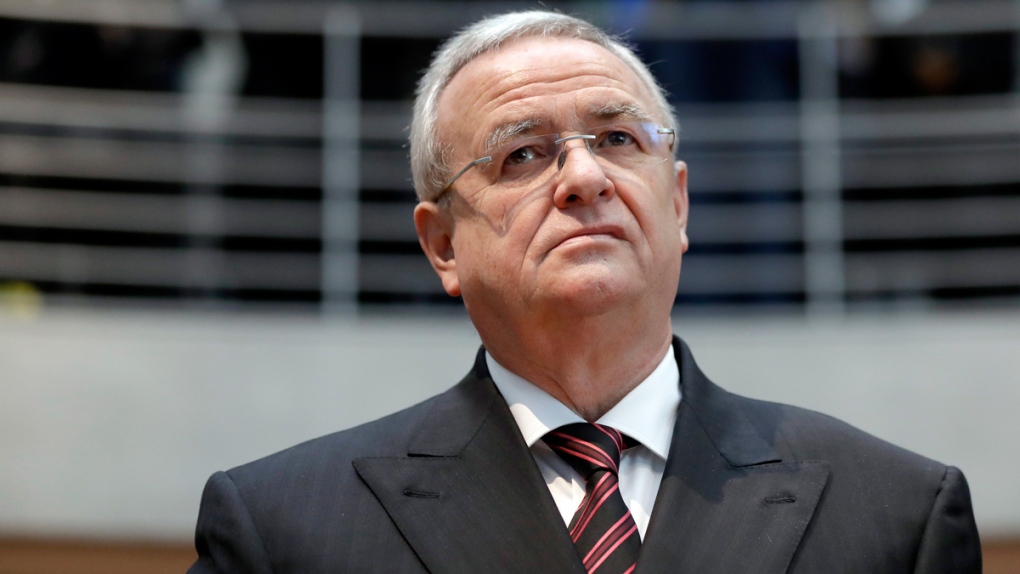 Martin Winterkorn, former CEO of Volkswagen arrives for a questioning at an investigation committee of the German federal parliament in Berlin, on Jan. 19, 2017. (Michael Sohn / AP)

BERLIN -- A German court has ruled that former Volkswagen CEO Martin Winterkorn must face trial on a second set of charges in the company's diesel emissions scandal, these ones related to alleged market manipulation.

Thursday's announcement by the Braunschweig state court followed a decision earlier this month that he must stand trial on fraud charges. No date has been set for either set of proceedings.

Winterkorn resigned from Volkswagen days after the U.S. Environmental Protection Agency announced a notice of violation on Sept. 18, 2015.

The company had for years been using software that recognized when vehicles were on test stands and turned emission controls on, then turned the emission controls off during normal driving. As a result, the cars emitted far more than the legal U.S. limit of nitrogen oxide, a pollutant that harms people's health.

Prosecutors accuse Winterkorn of knowing about the installation of an illegal "defeat device" and deliberately failing to inform markets in good time of a "significant financial risk" that had started to materialize in early 2015. The court said it sent the charges to trial unchanged.

Winterkorn's lawyer has rejected charges that the former CEO had early knowledge of the use of the software in U.S. diesel cars, saying that significant information did not reach him.

Volkswagen has paid more than 30 billion euros (US$35 billion) in fines and settlements over the scandal.