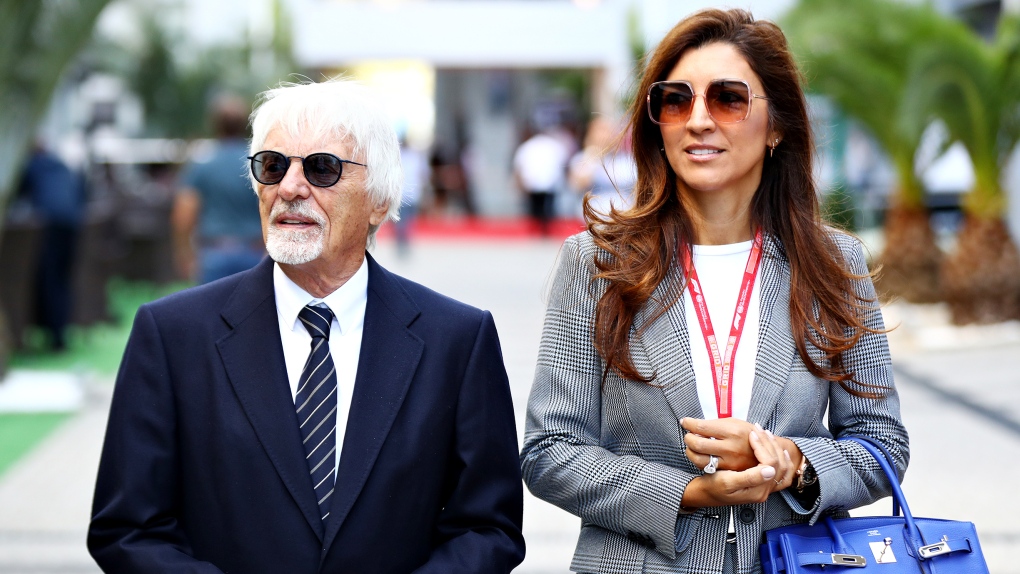 The new arrival will be the billionaire's first son, and his first child with Flosi, joining daughters Tamara, Petra and Deborah from Ecclestone's previous marriages.

"Tamara is absolutely thrilled for them both," a spokesperson for Ecclestone's second daughter told CNN.

Ecclestone will turn 90 in October but says his age isn't an issue.

"I don't see there's any difference between being 89 and 29," Ecclestone told PA.

"You've got the same problems I suppose. It's alright."

Ecclestone, speaking from the couple's farm in Flosi's native Brazil, said it was too early to talk about names for the baby.

Ecclestone and Flosi were married in 2012, and in 2016 Flosi's mother was kidnapped for ransom in Brazil.

Aparecida Schunck Flosi Palmeira was released a week after being abducted.

Ecclestone ran Formula One for 40 years before he was ousted in 2017.

He is credited with overseeing the sport's transformation from an amateurish operation in the 1970s to the US$8 billion business formally acquired by new U.S. owner Liberty Media in 2017.

Ecclestone has a colorful history. The son of a fisherman, he left school at the age of 16 and supplemented his income by selling spare motorbike parts.

He later got involved with F1 and went on to become a billionaire powerbroker in the sport.

Ecclestone joins an illustrious list of celebrities who have fathered children later in life.

Charlie Chaplin was 73 when he and wife Oona O'Neil welcomed their son Christopher into the world, while media mogul Rupert Murdoch was 72 when he had his daughter Chloe with his then-wife, Wendi Deng, in 2003.

Oscar-winning actor Robert De Niro was 68 when he and Grace Hightower had their daughter Helen Grace, and Playboy founder Hugh Hefner was 65 when son Cooper was born to then-wife Kimberley Conrad.