Following Tucker's Marketplace permanent closure, are buffets off the table for good? 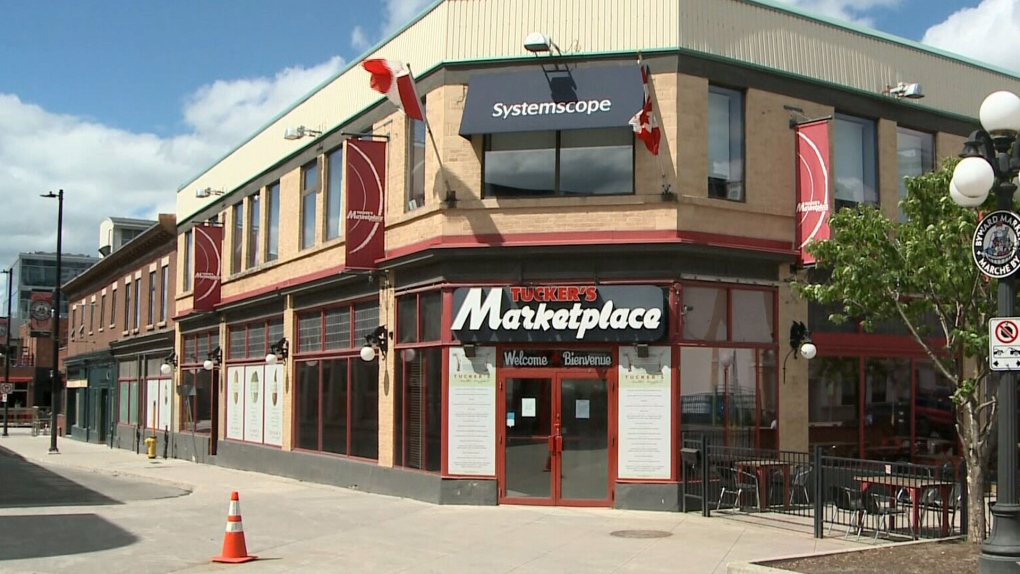 TORONTO -- The popular Ontario buffet-style chain Tucker’s Marketplace has announced it’s permanently closing as the future of self-serve restaurants has come into question amid the COVID-19 pandemic where crowding and sharing utensils is firmly off the table.

In an open letter posted on its website Thursday, Tucker’s Marketplace said they had been monitoring the news and actively planned to reopen since they first closed their locations in Ottawa, Toronto, and Burlington on March 14. However, the company said it seems the “undeniable reality” is that COVID-19 will be “with us for some time.”

As a result, the letter said restaurants will have to operate with capacity restrictions and maintain physical distancing for the foreseeable future. They added that they expect customers will be reluctant to frequent restaurants as they once did until a “meaningful treatment” or vaccine for the virus is found.

“We have concluded therefore, that there is not a profitable path forward for our business. And so, sadly, we are writing to tell you that we will not be reopening our restaurants,” the statement read.

The conclusion Tucker’s Marketplace came to may be one that other buffet, self-serve, and salad bar-style restaurants will arrive at too in the coming months, according to Jeff Farber.

The director of the Canadian Research Institute for Food Safety at the University of Guelph said he sympathizes with these businesses, but he doesn’t expect they will be able to go back to their traditional operations in the near future.

“Unfortunately, until we have an effective vaccine, I really don’t see the buffets being able to operate unless they can dramatically change the way they do things,” he said during a telephone interview with CTVNews.ca on Friday.

Farber explained that buffets or self-serve restaurants pose a higher risk for customers to contract coronavirus because they require them to line up or crowd around stations or tables in order to fill their plates. He also added the fact that these types of restaurants have “high touch points” where people touch the same objects, such as serving utensils, also makes them more dangerous for virus transmission.

David Lefebvre, a vice-president at Restaurants Canada, which represents the food-services industry, explained that buffets face an additional challenge because their business models are based on the volume of customers that pass through their doors.

With restaurants being forced to operate at a limited capacity if they reopen, Lefebvre said buffet-style restaurants will be at a disadvantage when it comes to earning profits.

“It’s harder for them in the market right now than regular dining restaurants,” he told CTVNews.ca on Friday. “There's no doubt about it.”

While Farber said he doesn’t see traditional buffets reopening anytime soon, he said it’s possible for some of these businesses to resume operations if they’re willing to make some significant changes.

For example, he suggested that self-serve restaurants could adopt a “cafeteria style” approach where staff members dish food on to customers’ plates instead of them serving themselves. But even in that case, Farber said restaurants would likely need to stagger the times when diners can visit serving stations to avoid lineups or crowding.

Maintaining physical distancing and keeping diners apart as they move through the restaurant will be easier for larger buffet restaurants that enjoy the extra space, according to Farber. Smaller operations might have more difficulty separating their customers in a buffet setup and will therefore have to allow even fewer people in at a time, which will cut into their profits.

Even more troubling, Farber said that even if buffet-style restaurants are able to implement these types of changes in accordance with public health guidelines, they will still have to overcome possible reluctance from some customers who are concerned about their safety.

That hesitancy among restaurant goers was cited as one of the reasons why Tucker’s Marketplace decided to close.

While that may be the case for some diners, Lefebvre is more optimistic that buffets will be able to survive the pandemic and lure customers back eventually.

Lefebvre referred to his organization’s surveys, which found that anywhere between two thirds and three quarters of Canadians are eager to start dining out again. He also noted that respondents never said in the surveys that they were concerned about their safety in buffets more than regular restaurants.

“I’ve been in the business long enough and I know operators well enough to never write off someone, or especially a whole segment of the market,” he said. “I think some of them will be able to reinvent themselves in the short term.”

The popular all-you-can-eat Chinese buffet Mandarin Restaurant is also looking forward to welcoming customers back for dine-in service. In an emailed statement Friday, a spokesperson for the Ontario restaurant chain said they are “closely monitoring and planning with the guidelines set out by government and public health authorities. The health and safety of our customers is our top priority.”

The company said they don’t have a reopening schedule yet, but they will provide updates on their website and social media.

Just as indoor sporting events and concerts are expected to resume one day, Lefebvre said he expects buffet-style restaurants will too.

“If we think that people will go back and watch a Maple Leafs game live, I don’t see why we don’t think that somewhere in time there's going to be a place for buffets to operate as they did before,” he said. “It’s going to take time.”