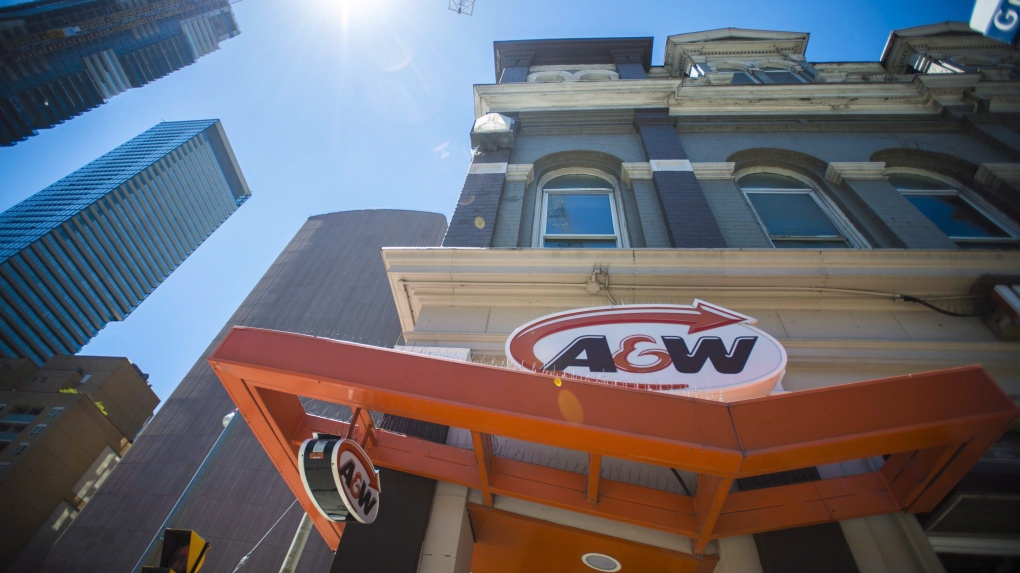 An A&W Restaurant in Toronto is photographed on July 9, 2018. The A&W Revenue Royalties Income Fund releases its third-quarter results and holds a conference call with analysts to discuss the results on Wednesday. THE CANADIAN PRESS/Tijana Martin

Aphria Inc. will hold a conference call to discuss its first-quarter financial results on Monday. Cannabis company Aleafia Health Inc. announced on Oct. 8 that it is moving to terminate its wholesale pot supply agreement with Aphria, citing a "failure to meet its supply obligations."

Statistics Canada will release its Consumer Price Index for September on Wednesday. The agency reported last month that Canada's annual inflation rate slowed slightly to 1.9 per cent in August under the weight of declining gasoline prices. Economists are expecting a reading of 2.1 per cent, according to markets data firm Refinitiv.

Kinder Morgan Canada hosts one of its last quarterly conference calls on Wednesday as its sale to Pembina Pipeline is expected to close late in the fourth quarter of 2019 or in the first quarter of 2020. Pembina's CEO said in August that the Trans Mountain pipeline system would fit neatly into his company's business model but he wouldn't want the "noise" associated with its controversial expansion project.

The A&W Revenue Royalties Income Fund releases its third-quarter results and holds a conference call with analysts to discuss the results on Wednesday. A&W Food Services of Canada's CEO said in July that the company could add more plant-based protein foods to its menus after the success it's seen with the Beyond Meat burger.

Corus Entertainment will hold its Q3 conference call on Friday. In June, CEO Doug Murphy attributed a 10 per cent bump in second quarter advertising revenues to the harnessing of audience data that allows advertisers to target specific TV programs, rather than those with the top overall audiences.

This report by The Canadian Press was first published Oct. 13, 2019.