Five things to watch for in Canadian business this week 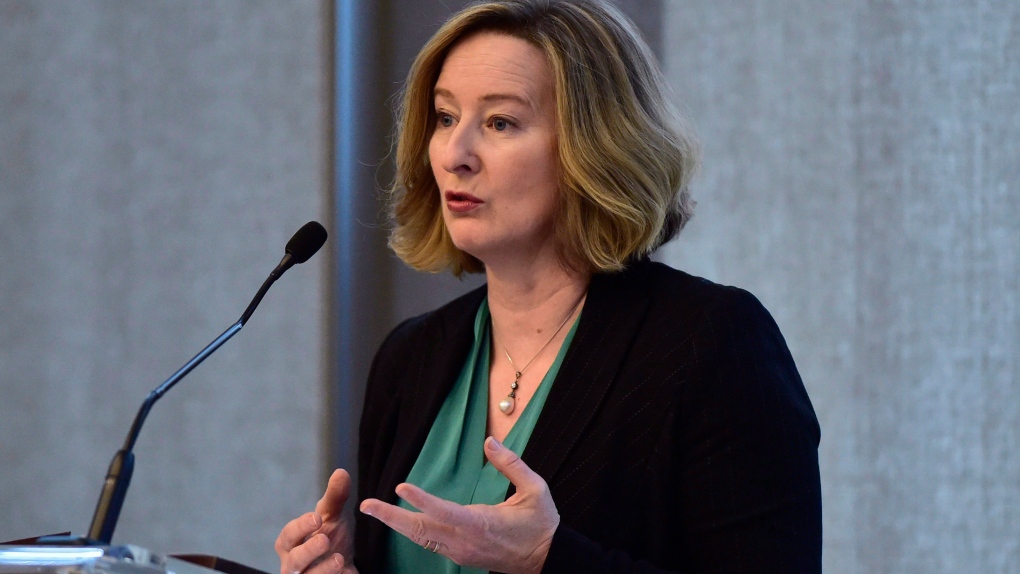 Bank of Canada deputy governor Carolyn Wilkins speaks at the Rotman School of Management in Toronto on Thursday, March 22, 2018. (THE CANADIAN PRESS/Frank Gunn)

Bank of Canada senior deputy governor Carolyn Wilkins will give a speech Tuesday to the International Finance Club of Montreal on safeguarding the financial system. Last week, the central bank's chief operating officer Filipe Dinis called for greater collaboration between government bodies and the private sector with regard to sharing information about cybersecurity threats, which may require new regulations or legislation.

George Weston Ltd. will release its third-quarter earnings on Tuesday. The Toronto-based retail, bakery and real estate company reported in July that second-quarter profit jumped to $184 million, up from $28 million last year, as it benefited from acquiring direct ownership of a controlling stake in Choice Properties from its subsidiary.

TC Energy Corp. hosts its annual Investor Day to provide an update on operations, recent developments and strategic outlook on Tuesday. The owner of the Keystone pipeline said Nov. 10 that the line had returned to service after a breach that leaked an estimated 1.4 million litres of oil in northeastern North Dakota late last month.

Statistics Canada to release its consumer price index for October on Wednesday. The agency's report for September stated that the annual inflation rate was 1.9 per cent for a second-straight month, keeping the indicator close to the Bank of Canada's ideal two per cent target.

Metro Inc. releases its fourth-quarter financial results on Wednesday. The Montreal-based company said in August that it would fast-track the deployment of technology such as self-service checkouts and electronic shelf labels to its stores in an effort to lower labour costs, and expects to have self-service checkouts in 100 stores by the end of its 2019 financial year.