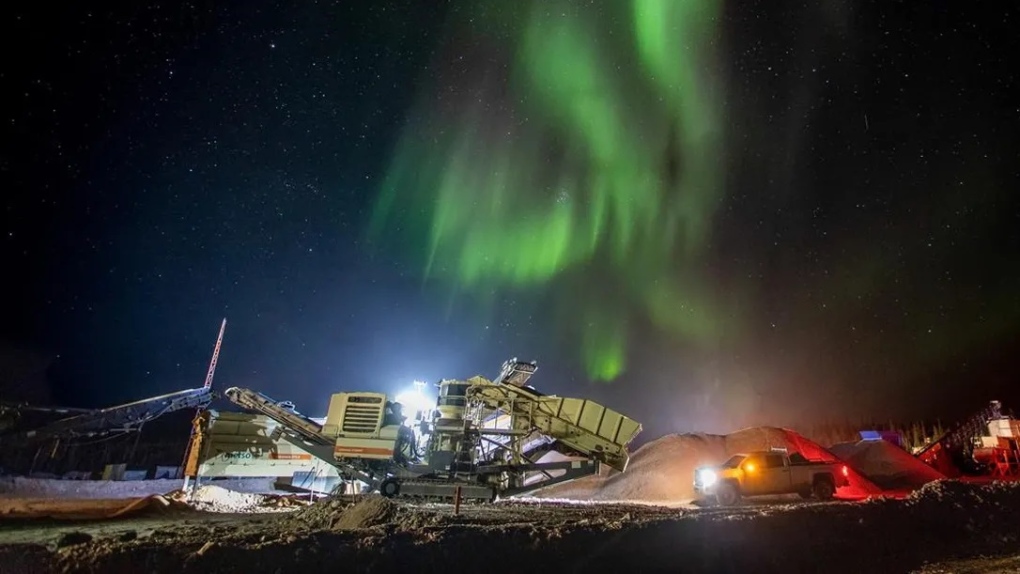 Canada has begun supplying the world with minerals critical to a greener economy with the country's first rare earth mine delivering concentrated ore.

"Canada and its allies are gaining independence from the rare earth supply chain from China," said David Connelly of Cheetah Resources, which owns the Nechalacho Mine southeast of Yellowknife in the Northwest Territories.

Rare earths are a series of exotically named elements such as ytterbium, lanthanum and gadolinium. They are crucial to computers, LED displays, wind turbines, electric cars and many other products essential to a low-carbon world.

Almost 60 per cent of the world's supply of these vital materials is produced in China and much of the rest is owned by Chinese companies. Until now.

"(Nechalacho) is the only rare earths mine in North America that doesn't supply China," Connelly said.

The deposit, which holds 15 different rare earth elements, was discovered in 1983. A proposal to develop the mine went before regulators more than a decade ago.

That project involved extensive water use and would have generated large tailings ponds. The N.W.T.'s environmental regulator approved the plan, but noted it would have created significant impacts requiring mitigation.

The new mine uses no water. Instead, raw ore is crushed to gravel-sized pieces and run past a sensor.

"It's a big X-ray machine on a conveyor belt and it separates the white quartz from the much heavier and denser rare earth ore," Connelly said.

That concentrate is then barged down Great Slave Lake to Hay River, N.W.T. From there, rail links take it to Saskatoon, where Vital Metals, the company that owns Cheetah, has built a facility to refine the concentrate for market.It's also where the provincial government is developing a rare earth refining and research hub. The first shipments are on their way and expected in June.

Nechalacho's refined product is going to a customer in Norway, where the individual minerals will be separated from each other and processed into metallic bars.

By 2025, Nechalacho hopes to be producing 25,000 tonnes of concentrate a year. There's enough ore there for decades to come, Connelly said.

At full production, Connelly said the mine is to employ about 150 people in the N.W.T. and another 40 in Saskatoon. Those aren't huge numbers in mining, but Connelly said they will make a big difference to the northern economy because most of the workers will be based there.

More than 40 of the mine's current 50 employees live in the North, said Connelly. About 70 per cent are Indigenous and Cheetah has contracted with the Yellowknives Dene First Nation to conduct the actual mining on the site.

Eventually, said Connelly, Cheetah hopes to work out an equity share for Indigenous groups in the area.

But Nechalacho isn't just important to the N.W.T., Connelly said.

A domestic source for minerals vital to electric motors would help preserve the country's auto sector, he said. It would make it easier for Canada to achieve its climate goals and increase national security by providing a secure source of crucial materials, he added.

Canada has 13 active rare earth projects, the federal government says. Most are in Saskatchewan and Quebec, where the only other mine near production -- the Kipawa project, owned by the same Australian company that owns Cheetah -- is located.

"Canada has some of the largest known reserves and resources (measured and indicated) of rare earths in the world," says a document from Natural Resources Canada.