Financials, energy drag down the TSX, Aimia loses 62 per cent 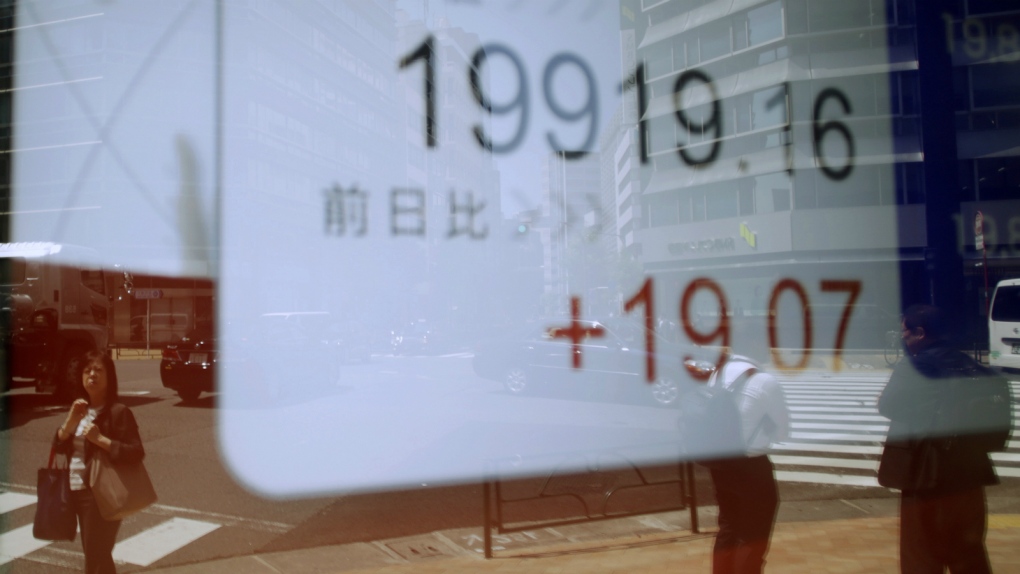 A woman is reflected on an electronic stock board showing Japan's Nikkei 225 index at a securities firm in Tokyo on Thursday, May 11, 2017. (AP / Eugene Hoshiko)

TORONTO -- A plethora of negative corporate and earnings news weighed on the Toronto stock index Thursday, with banks and energy companies making up the biggest portion of the retreat.

"Moody's looks at this on a periodic basis. The reality is that private sector debt is getting higher and higher in Canada and the consumer is more indebted," said John Stephenson, president and CEO at Stephenson & Co. Capital Management.

"There are worries that Canada could be in a situation similar to what happened in the U.S. I think there is scant chance of that. Nonetheless that's on the mind of the ratings agencies."

Elsewhere, shares in Aimia Inc. (TSX:AIM) fell $5.60, or 62.71 per cent, to $3.33 after the country's largest airline, Air Canada (TSX:AC), announced it was not renewing its contract with the loyalty points company and was instead starting its own in-house program.

One bright spot was plane and train maker Bombardier Inc. (TSX:BBD.B), which saw its stock rally after Pierre Beaudoin, the scion of the family that controls the company, announced he was stepping down as executive chairman after he became a focal point of public protests and shareholder frustration. Its shares rose 7.8 per cent, or 16 cents, to $2.21.

On Wall Street, indices were lower amid a round of dismal earnings from retailers Macy's and Kohl's.

"It was looking like a pretty good earnings season south of the border," said Stephenson, noting that the disappointing results raise the question about why consumers aren't shopping in an economy that shows signs of strength.